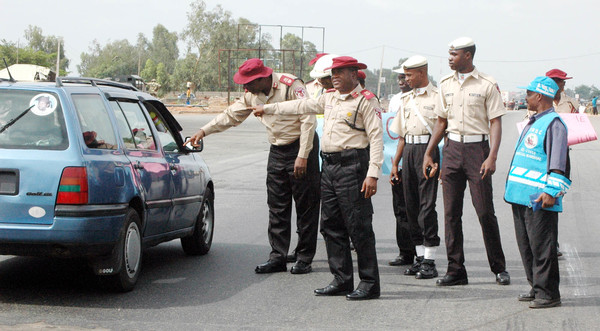 The Federal Government on Tuesday says it will not tolerate traffic law violations by convoy drivers, military personnel and law enforcement agents during and after the Yuletides.

Secretary to the Government of the Federation, Mr Boss Mustapha, gave the warning at a capacity building workshop in Abuja.

The workshop was on the United Nations Road Safety Legal Instruments on Traffic Signs and Regulations.

Mustapha said as government played its role to ensure safety of lives and property, all road users must obey traffic rules and regulations regardless of their status.

“Let me further warn that while the Federal Road Safety Corps will continue to act in line with the rule of law, government will not tolerate any one running officials of the Corps down in the exercise of their duties.

“Government drivers, especially those that drive us around, convoy drivers, must not disrupt flow of traffic or act in contra-distinction to traffic officers’ directives.

“Let me also admonish the military and all law enforcement agencies to cooperate with the FRSC throughout the end-of-year operations and beyond.

“The safety of and security of this great nation rests on your collective shoulders, hence the failure of one would be seen as failure of all.’’

Mustapha said the federal government would continue to empower the FRSC in the discharge of its duties, especially in the area of apprehending and sanctioning recalcitrant offenders.

The SGF, whose office supervises the FRSC, assured the international community and Nigerians of government’s commitment to road safety issues through increased investment and political will.

The keynote speaker and Minister of Power, Works and Housing, Mr Babatunde Fashola, disagreed with the popular notion that the nation’s roads are dead traps.

Fashola said that though bad roads contributed to road accidents, the leading cause remained speed violation resulting from bad attitude of motorists.

“I have heard people describe our roads as death traps, but what I say to people is that my team and I, about 50 of us travelled those roads early this year.

“We drove everyday from 8 a.m. to at least 8 p.m. One day we drove for 18 hours. We traversed 34 states, but the instructive thing is that we drove at a maximum speed of 100 km per hour, we drove at night, and we did not have an accident.

“We were not trapped and we did not die on the dead traps. All of us will just do well to understand that there are speed limits on our highways, there are breaking distances in driving.

“Even if the road conditions are good, if you do not observe the speed limits, you endanger yourselves.

Fashola cited the FRSC monthly road traffic statistics, which show that bad roads contribute only between 0.5 and 1 per cent of accidents in the country.

Speed violation remains the leading cause, contributing over 55 per cent of the road traffic accidents recorded by the Corps on monthly basis across the country.

The minister, therefore, urged FRSC to intensify its enforcement of driver’s license, speed limiter installation and other traffic rules and regulations to reduce carnage on the Nation’s highways.

He also called for more empowerment of the FRSC through increased funding and provision of facilities like rescue helicopters to boost their post-crash operations.

The Corps Marshal of the FRSC, Dr Boboye Oyeyemi, assured all stakeholders that the Corps remained committed to driving the campaign for safer roads within Nigeria and in the West African sub-region.

“FRSC will continue to embrace support that would assist not only its personnel, but also our stakeholders from time to time.

“It is only though continuous education and enlightenment that we all can become better professionals of honour,’’ Oyeyemi said.

The workshop was organised by the office of the SGF in conjunction with the FRSC and the Sustainable Transport Division of the United Nations Economic Commission for Europe.

It aims at building the capacity of federal and state traffic management authorities on implementation of the United Nations road safety conventions to which Nigeria is signatory.

FRSC personnel, federal controllers of highways, state directors of highways and traffic management agencies and development partners are participating in the two-day workshop. 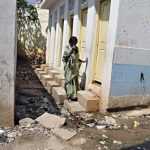 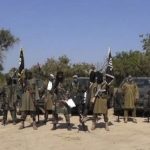