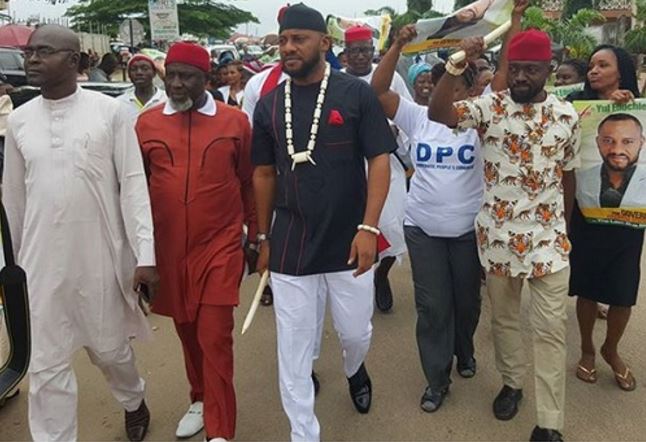 Son of legendary actor, Pete Edochie, who will run against incumbent governor Willie Obiano, among others on November 18, has picked up his nomination form to run for the Anambra governorship election.

Popular Nollywood actor, Yul Edochie‎, has on Wednesday, picked up his nomination form to run for the Anambra governorship election on the platform of the Democratic Peoples’ Congress (DPC).

In a press conference after picking up his form, the son of legendary actor, Pete Edochie, who will run against incumbent governor Willie Obiano, among others on November 18, revealed his plans for the state, should he emerge the winner in the race.

He said: “I am joining the race to harness the creative potentials of the youths and the resource-endowment of Anambra to move the state to the next level of development, reduce poverty rate through wealth ‎and job creation, provide infrastructure and develop critical sectors in the state. “These would occupy my governance model if elected to govern the state for the next four years. Politicians have failed us‎. So I am in the race to touch the lives of Anambra people positively. The people are tired of stories.”

The actor who with an entourage of supporters, visited the party’s national office in Abuja on Tuesday, later took to Instagram to make the announcement of his party affiliation while calling on the support of “every well meaning Nigerian who is tired of the old ways”. He wrote: “My name is Yul Edochie. And I’m running for Governor of Anambra State, 2017 under the platform of the Democratic Peoples’ Congress. DPC. (moving forward with the people). I’m a good man, with a good heart, with integrity who is touched by the suffering of the masses.

“I cannot do it alone. I need the support and prayers of every well meaning Nigerian who is tired of the old ways, who wants a better life for the people. Old ways will never open new doors. Always remember that if you are not part of the solution then you are part of the problem. So be part of the solution today. It’s time to vote them out. Join the movement today”. 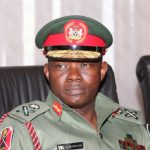