A former National Publicity Secretary of the Peoples Democratic Party, Kola Ologbondiyan, has dismissed a statement by Ibrahim Masari that Rivers State Governor, Nyesom Wike; and some governors of the opposition party will work for All Progressives Congress presidential candidate, Bola Tinubu.

Ologbondiyan in a chat with Channels Television on Friday said there is no truth in Masari’s claim, noting that PDP governors have seen the failure of the APC and won’t vote for the ruling party.

The former PDP spokesman said, “The assertion by Asiwaju Bola Tinubu’s placeholder, Ibrahim Masari, that PDP governors will vote for All Progressives Congress candidate, Asiwaju Bola Tinubu, is lame. It is an assertion that is not predicated on fact and as such, it cannot be taken seriously by Nigerians.

“The PDP governors have no reason, and have no basis to go and vote for the candidate of the All Progressives Congress in view of the fact that Nigerians have already distance themselves from the processes of the All Progressives Congress and Nigerians, upon whom the APC has become a burden in the last seven years, are looking for every way and means to reject them at the poll.

“So, it does not add up that governors of PDP who have seen the failure of the All Progressives Congress will vote for the APC. It doesn’t add up. Members of the PDP have dismissed the assertion (by Masari) because there is no truth in it; it is lame.”

Tinubu, a former Lagos State governor, had selected Masari as a placeholder to beat a deadline by the Independent National Electoral Commission, before he later chose ex-governor of Borno State as his running mate.

Masari had recently said in an interview with BBC Hausa, that Wike and his colleagues in the opposition party “will support APC to win the 2023 elections, especially Nyesom Wike”.

Tinubu this week, in London, met with Wike and some PDP governors including Seyi Makinde of Oyo State, Samuel Ortom of Benue State and Ikpeazu Okezie of Abia State.

Wike also met with PDP presidential candidate, Atiku Abubakar, in London, amid a reported rift after the former Vice President defeated him at the PDP presidential primary in Abuja last May. 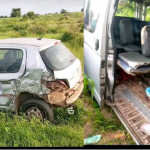 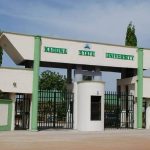