US President Joe Biden’s administration will include more taxes on the wealthiest Americans in its 2023 budget proposal, due to be released on Monday, US media reported Saturday.

The “Billionaire Minimum Income Tax” would require the 700 or so American households worth more than $100 million to pay at least 20 percent on their full income, the Washington Post and other US media reported, citing a White House document.

“This minimum tax would make sure that the wealthiest Americans no longer pay a tax rate lower than teachers and firefighters,” said the document, cited by the Post.

A study by the Biden administration this autumn found that 400 billionaire households paid an average of only 8.2 percent in taxes on their income between 2010 and 2018, a rate often well below that of many American households.

The tax would also target unrealized gains in the value of liquid assets, such as stocks, which are not taxed until they are sold.

The new measure, which requires congressional approval to be enacted, could raise up to $360 billion in new revenue over ten years, the document cited by the Post said.

A longstanding goal of the political left, the plan could dramatically change the tax paid by US billionaires.

Tech titan Elon Musk would, for example, have to pay an additional $50 billion in taxes, and Amazon founder Jeff Bezos some $35 billion more, according to calculations by University of California Berkeley economist Gabriel Zucman, cited by the Post. 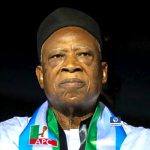 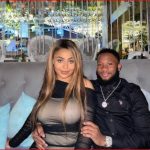