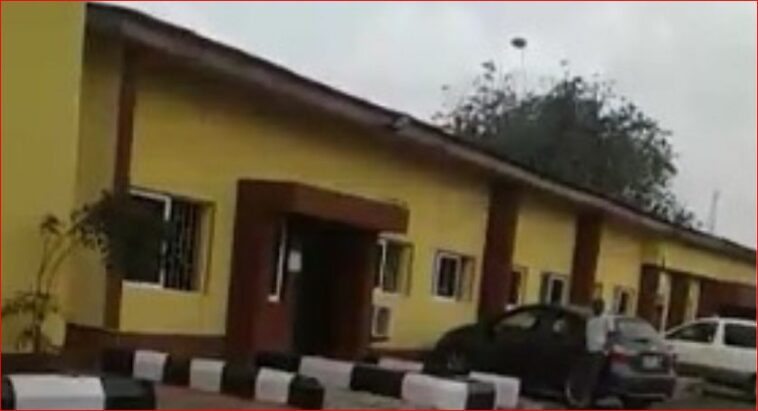 The management of Mainland Hospital, Lagos, says it received a directive from the state Ministry of Health not to release corpses of suspected #ENDSARS protesters.

Our correspondent visited the Mainland Hospital after the Chief Coroner of Lagos State, Mrs. Mojisola Dada, via a public announcement, directed relatives who had lost loved ones between October 19th and 27thto visit the Lagos State University Teaching Hospital to identify and claim bodies of their loved ones.

The #ENDSARS protests had lasted between October 7th and 20th in Lagos and several other states of the federation.

While the protests lasted, relations, friends and associates of missing persons claimed their relations had either been killed or held incommunicado by security agents.

Of particular concern was the Lekki toll gate shooting of Tuesday, October 20, where peaceful #ENDSARS protesters were shot at by security agents, leading to yet-to-be ascertained number of casualties.

The shooting incident had attracted national and international outcry, with the Lagos State and Federal governments being urged to unravel the identity of the shooters and who deployed them.

The public notice by the Lagos State coroner did not, however, state if the bodies that had been scheduled for release also included those of persons who died during the #EndSARS protest.

It reads in part, “This is to notify the General Public that the Chief Coroner of Lagos State, Hon Justice M. A. Dada (Mrs.) pursuant to Section 15, Coroner’s System Law of Lagos State, 2015 the Pathology Team would want all those who have lost loved ones between 19th – 27th October 2020 (that is, next-of-kin of the victims) to provide relevant information that would assist the identification exercise.

“The next-of kin should kindly contact the Department of Pathology and Forensic Medicine, Lagos State University Teaching Hospital (LASUTH), Oba Akinjobi Way, Ikeja for the identification exercise of the Deceased.

“The next-of-kin will be required to provide means of identification of themselves and their loved ones.

“Only the parents, siblings or children, in that decreasing order of preference are expected to come to LASUTH.

“These next-of-kin shall be required to come with clear photographs of the missing person and their own upper body photographs; and also provide samples for Reference DNA Profile, where necessary.

“This profile will be compared with those already collected at autopsy from the deceased.

“It is only after a definitive scientific identification that the bodies of the deceased shall be released by the Office of the Chief Coroner to the next-of-kin for burial.”

When our correspondent visited the Mainland Hospital mortuary in Yaba, Lagos, on Friday, the front desk staff said there was a clear directive from the state government for dieners [morgue attendants] to release only the bodies of those who died before and after the #ENDSARS protests.

“If an individual was part of the #ENDSARS protest, we cannot identify or do anything about it for now.

“But if the body was brought before or after the protest, I could pass the picture to see if morticians had come across the face in the mortuary.

“Relatives can come when the government lifts the ban on such corpses. We are just waiting for the announcement to be made before we start releasing those bodies to the families,” the attendant, who refused to give his name, said.

When our correspondent spoke with the Medical Director of Mainland Hospital, Dr. Abimbola Bowale, he maintained what the mortuary attendant had said.

“It is only the commissioner (of health) or even Mr. Governor that can release the body to you, Sir. So, you will have to contact him,” he said.

Upon further probing, the MD said, the matter was “at the level of commissioner and governor.”

“It is not within my power. You will have to write to the honourable commissioner for permission before any corpse can be released.

“I hope you know that there is a pending injunction on all #ENDSARS-related cases?

“With that injunction, I am beginning to think it may take the court, not even the governor or commissioner, to grant such request. They may have to involve the ministry of justice now. It is now a legal issue,” he maintained.

All efforts to reach the Commissioner of Health, Prof. Akin Abayomi; and Director, Public Affairs at the state health ministry, Mr. Tunbosun Ogunbanwo, were unsuccessful.

They also did not respond to text messages sent to them.

However, the Lagos Commissioner for Information and Strategy, Mr. Gbenga Omotoso, said the state government would soon react to the issue via a Press statement.

“The chief coroner issued an announcement on Wednesday saying people should go and identify the bodies of their loved ones.

“There is a plan to release the bodies after the coroner’s inquest, according to the law. That is to show you the government has nothing to hide.

“I will issue a Press statement on that soon. We are still fine-tuning it at the moment,” he said on Friday.

As of the time of filing this report, the Press statement has not been issued. 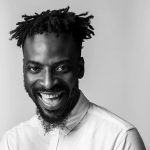 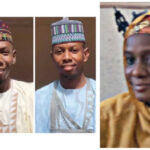