Tunde Kelani, veteran Nigerian filmmaker, has released the trailer for ‘Ayinla’, his much-awaited movie, billed to hit the cinemas on June 18.

Kunle Afolayan, who also features in the project, shared the less than two-minute clip on his Instagram page.

The forthcoming biopic reflects on the life and times of Ayinla Yusuf, the late Apala music star better known as Ayinla Omowura.

Ayinla was a sensation in the 1970s who dazzled many music lovers with his brand of songs before his tragic death on May 6, 1980.

The late singer reportedly died at 47 in his hometown of Abeokuta, Ogun state, after he was badly injured during a brawl at a beer parlour.

The trailer sees Lateef as the centre of attention among women in his community due to his popularity.

His fame also earned him hatred from some quarters as he engaged his critics in a heated war of words occasionally.

With numerous awards and recognition, Kelani has established himself as a prominent name in the Nigerian movie landscape.

Watch the trailer below: 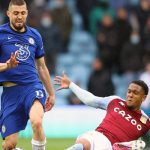 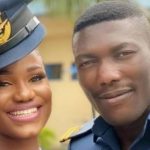