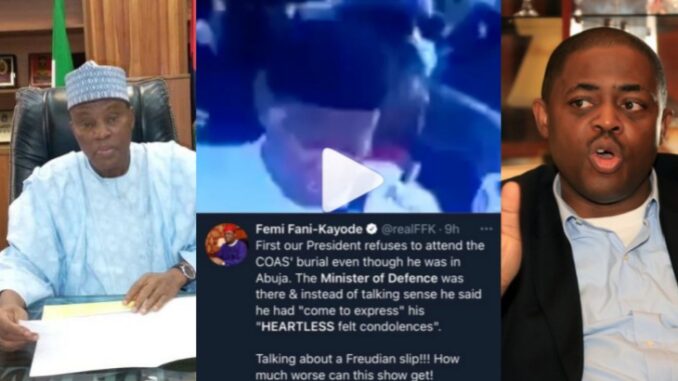 Former Minister of Aviation, Femi Fani-Kayode has reacted to Minister of Defence Bashir Magashi’s gaffe at the burial ceremony of Chief of Army Staff, Ibrahim Attahiru and other military officers on Saturday May 22.

According to FFK, Magashi offered a “heartless felt condolence” to the families of the late military officers at the ceremony. FFK described it as a “freudian slip”.

The former minister who noted that the President was absent at the burial ceremony, also asked how “worse the show will get”.

First our President refuses to attend the COAS’ burial even though he was in Abuja. The Minister of Defence was there & instead of talking sense he said he had “come to express” his “HEARTLESS felt condolences”. Talking about a Freudian slip!!! How much worse can this show get! 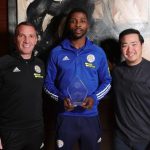 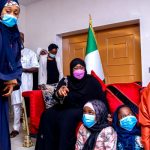