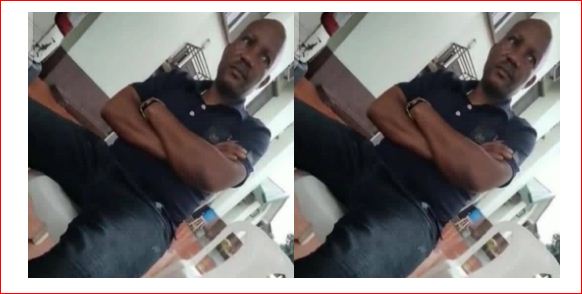 A University of Benin lecturer was arrested by the school’s security guards after he was accused of raping a female student and locking her up in his office for hours.

It was alleged that Dr Bode Ekundayo, a lecturer in the English and Literature department, locked up the student in his office when she visited to register for her final year project on October 5, 2021.

He is then alleged to have raped her and refused to let her go for hours. 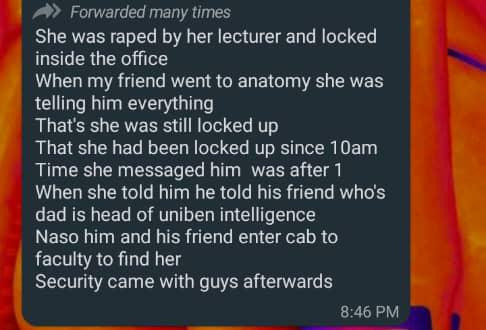 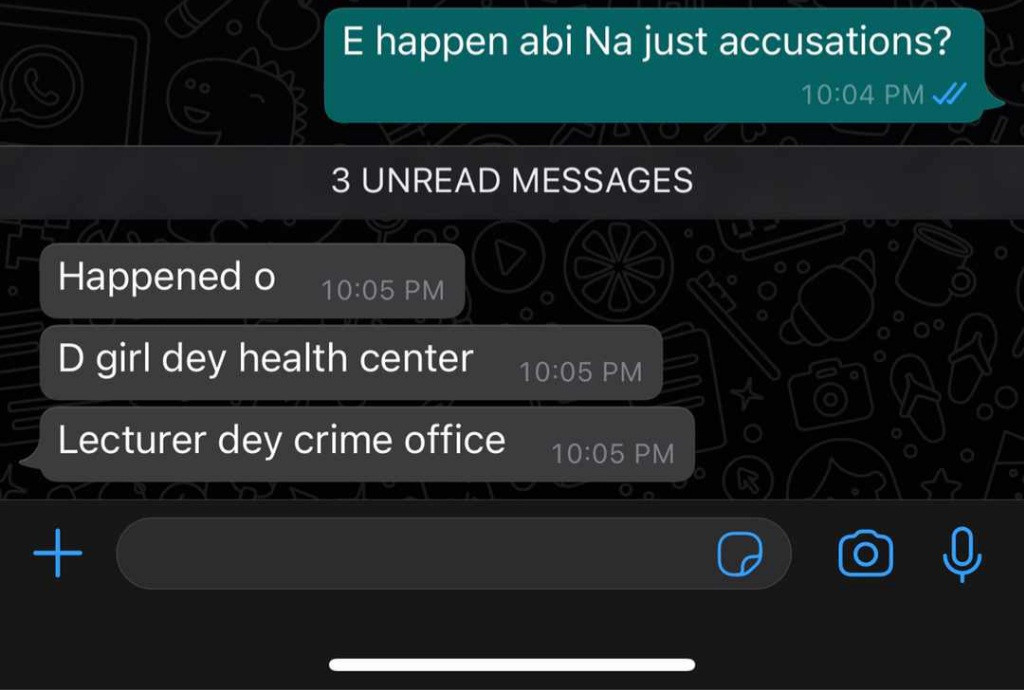 The alleged victim, a 400 level student, is said to have sent messages to a friend who then reported to security guards in the school and they went to rescue the student. 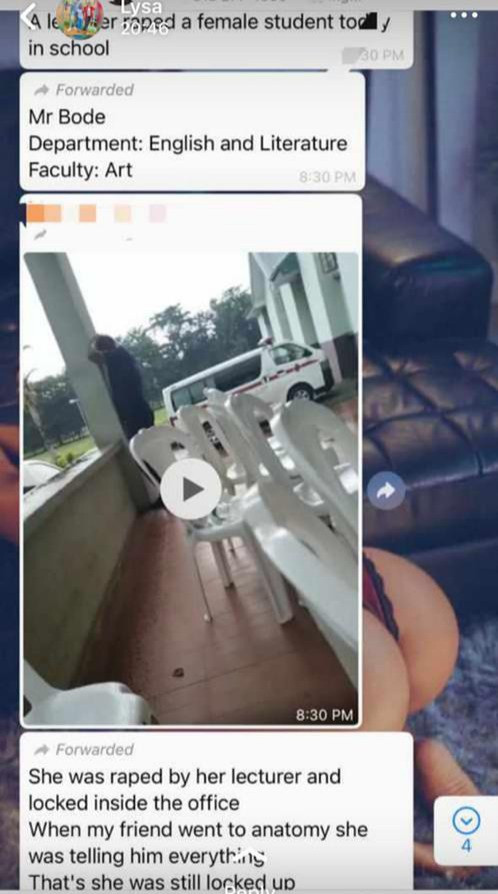 The student was rushed to the school’s health centre. 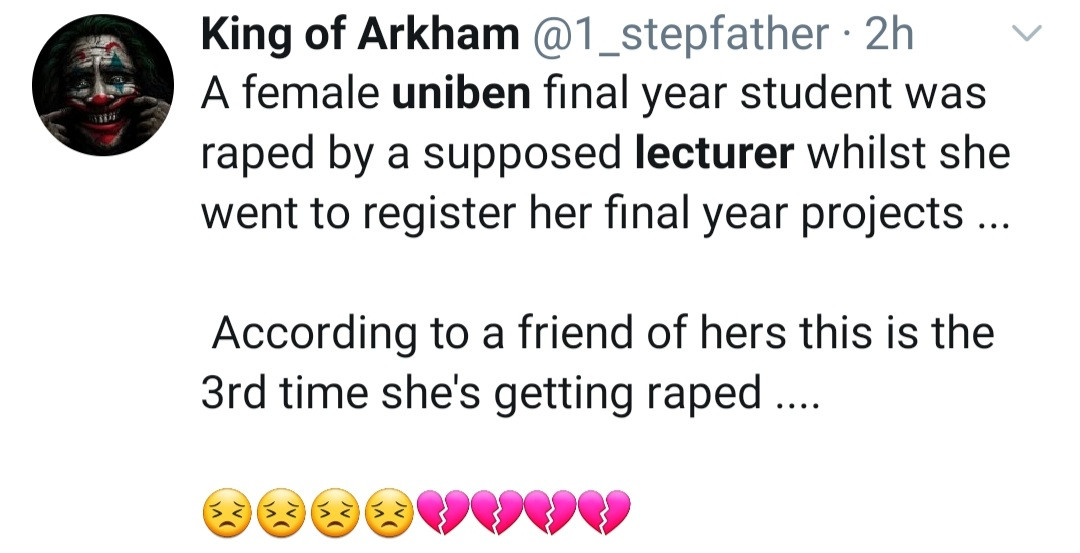 A video shows Dr Bode pacing outside the health centre after the victim was admitted there.

Another video shows him being questioned by school staff in front of the health centre.

Watch the videos below; 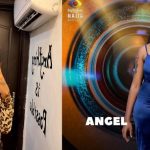 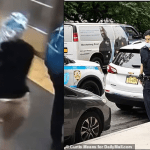