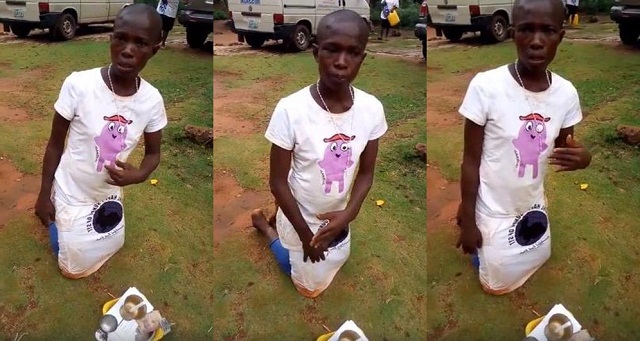 A young girl has caused serious stir in a community in Imo state after she was caught inside a church.

The young girl was reportedly captured after invading a St. Peters Catholic church, Amaruru in Imo state to “cause some havoc there.”

The young girl was nabbed by priests after she reportedly went to the church altar, took some materials and lit a candle in the church.

The girl who seemed visibly troubled was allegedly caught red handed whiile she was making some incantations with some fetish items.

She was brought outside the church, made to kneel down and then flogged as she confessed during the interrogation.

While some are condemning the act carried out by the girl, others are arguing that the girl maybe mentally unstable and may not even have known what she was doing.

According to the priests interviewing the girl, she was sent by the ‘Spirit of Beersheba’ and she reportedly tried to seduce them. 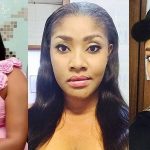