Mr. Ohamadike Stephen, one of the survivors of Ozubulu Church attack carried out at St. Philips Catholic Church, Ozubulu in Ekwusigo Local Government Area of Anambra on Sunday morning, has narrated the horror they went through as gunmen stormed the church, even though he refused taking photos.

Ohamadike, who spoke with a Daily Sun correspondent said;

Quote
“We were in the church and I was to handle the second reading. As the first reading was still on, I heard a sound like a thunder. I dived under a long form in the church auditorium and from there raised up my head a bit and saw a young man with a fez cap shooting and people ran in all directions for safety in confusion.

“I remained where I was and that was around 5:45am. The Parish Priest removed his cassock and hid at the altar while the gunmen continued in the shooting spree.”

“When they had left, I helped in evacuating the wounded and casualties to the NAUTH, Nnewi,” 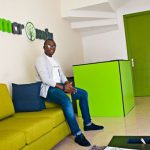 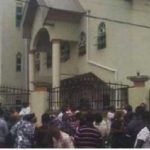