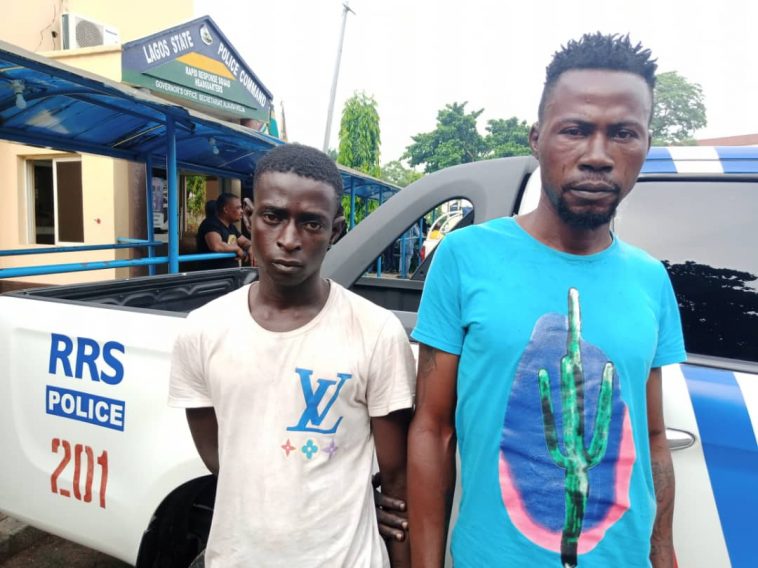 A statement released by CSP Olumuyiwa Adejobi, spokesperson of the state police command, said Tunde Ramoni, who hails from Ibadan, Oyo State, was arrested at Ojota, while Adepoju Samuel who hails Ogbomosho, Oyo State, was caught in the act while robbing a motorist with unregistered motorcycle (Okada) around Tipper area, Ketu, Lagos State.

He said during the course of the investigation, it was revealed that Tunde Ramoni was once arrested with a gang of ‘Pick Pocketers’ in 2019 and was convicted to 6 months imprisonment.

The Lagos State Commissioner of Police, CP Hakeem Odumosu, has directed that the 2 suspects be transferred to the Command’s Special Squad, Ikeja, for proper investigation. 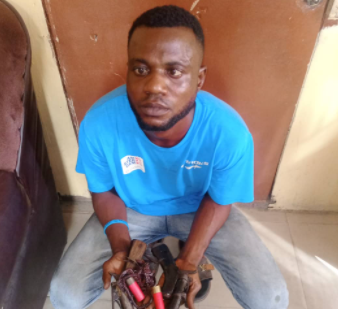 In a related development, police operatives attached to Apapa Division of the Lagos State Police Command, on Wednesday, June 16, arrested one Ibrahim Abidun, 26, at Agbomalu Apapa, Lagos State, with two (2) locally-made pistols. Other items recovered from him include two (2) live cartridges, assorted charms, and weeds suspected to be Indian hemp.

Adejobi added that the Commissioner of Police, Lagos State, has ordered that the suspect be transferred to the Command’s Special Squad, Ikeja, for proper investigation and possible prosecution. 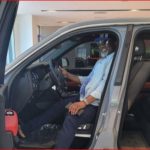 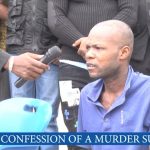