According to Onyeji, luck ran out on the suspects when one of the policemen called one of the beggars, and on approaching, the cop slapped him and asked him to open his eyes.

He explained that upon interrogation, the two fake blind persons confessed to the crime, saying they took to the crime to make ends meet because they were unemployed. The suspects had been transferred to the state Police Command in Owerri, where they were being interrogated. 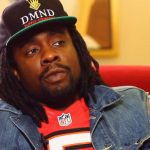