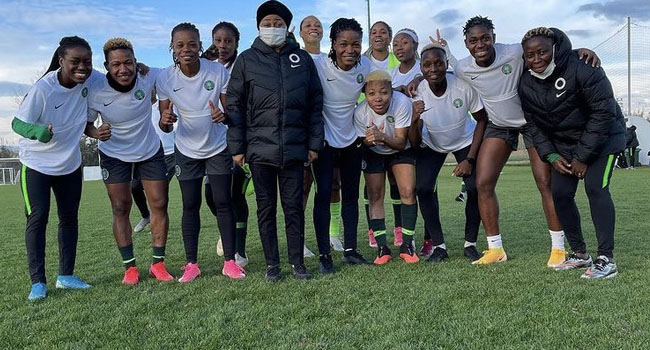 The Falcons are aiming to be the first African side to win the competition. Photo: Twitter@SuperFalcons.

The Super Falcons on Thursday won their opening game in the Turkish Women’s Tournament in Antalya, beating CSKA Moscow Ladies 1-0 in a domineering performance.

Twenty-three-year-old Chinwendu Ihezuo scored the decisive goal for Randy Waldrum’s side in the 18th minute to give the African team a good start as they push to win a competition which has so far eluded the continent.

She tapped in a Francisca Ordega low cross to give Nigeria all three points in their first match since the team’s elimination from the race for the football event of the Tokyo Olympic Games 16 months ago.

A slim victory for the Falcons , Randy Waldrum starting on a winning note. Payne and George making their debut and Ihezuo goal made the difference .#SoarSuperFalcons

The Nigerian ladies dominated the game from the onset with Barcelona Femeni star, Asisat Oshoala coming close to handing them the lead in the first six minutes of play. She was, however, outmuscled from the ball by Bratko Ekaterina.

Oshoala was to later get a booking in the 15th minute. The nine-time African champions created a couple of chances in a game in which Ordega was a thorn in the flesh to the Russian-based team.

The Russian club almost got an equaliser in the second half of the game but she was intercepted by Halimat Ayinde.

Midfielders Patricia George and Antoniette Payne made their debuts in the game played at the Emir Sports Complex and the first match for Waldrum who, less than 48 hours ago, signed a formal agreement with the Nigeria Football Federation (NFF).

Nigeria’s next match in the competition will be against Uzbekistan on Saturday before playing Equatorial Guinea. 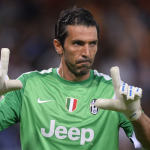