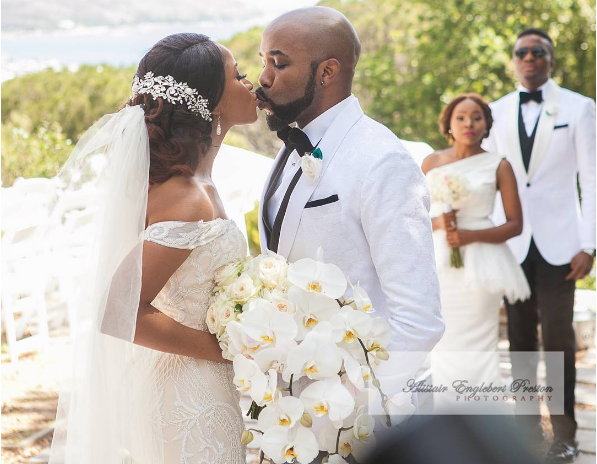 Adesua Etomi and Bankole Wellington are gradually becoming Nigeria’s most talked-about couple — if not already.

Their every move, action and inaction are not only being scrutinised but also judged.

After their much-celebrated threefold wedding ceremony, Banky W on Monday posted a video of himself showing off the hotel where they are lodged in for their honeymoon in South Africa.

While showing viewers zebras outside the bedroom window, his camera caught his newly-wedded wife wearing only bikini bottoms.

Before you start crucifying Banky, this is the actual video that picture was munched from, frankly I don’t think it was intentional pic.twitter.com/0SZF6GCYMk

Because we saw engagement, introduction, traditional wedding, court wedding and white wedding, it's only normal for us to be part of the honeymoon, right?
Banky W doing this for the #BAAD2017 culture pic.twitter.com/VzZcHkz3Oo

Must we always expose ourselves? See how they brightened the original video just to get traffic. Not cool. Although Banky got carried away as well. Naija people smh pic.twitter.com/Vz03hEuWzN

I'm just happy it was Adesua's bumbum in the video. Could have been another girl's own you know? Let's be thankful for little mercies.

The Internet can make u great and still ruin u

All for a BAAD reason,but the person that screenshot a video to do this is a distant cousin of the Devil

What if this Buhari government actually paid Banky W and Adesua to distract Nigerians a little ? pic.twitter.com/HCTglBfwkt

How Adesua will start dressing from now on when Banky wants to do snapchat videos pic.twitter.com/7wnOpe59Jq

Adesua to Banky W…..Shey I no tell you when you been dey do Snapchat upandan for room??? pic.twitter.com/E2xbbbkOjv

You guys are actually evil! Obviously he noticed Adesua was changing so he moved the camera away and then used his head to cover her up & someone actually screen grabbed it and adjusted the brightness so we’ll see well. Evil. https://t.co/KxxEtECZ3J

I am not even married yet, but I like what I saw #Zebra #BankyW #Adesua #SA #Bed #Wife #mancaneverbehot

That person who munched and added light to Adesua’s photo is a bastard. Very miserable bastard. Smh 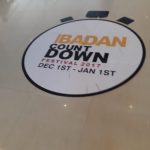 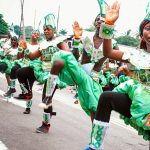