He claimed the thugs invaded the venue of the PDP rally in Kaduna with swords and machetes.

The former vice president called on President Muhammadu Buhari to call supporters of all political parties to order so as to forestall the recurrence of such incidents.

“I have just received emergency reports of attacks on PDP supporters by thugs sponsored to scuttle the ongoing PDP campaign rally in Kaduna State. This is undemocratic and against the Peace Accord all parties signed up for just a few weeks ago.

“I urge President Muhammadu Buhari to call on all parties to call their supporters and members to order and to ensure that campaigns, just as with the elections themselves, are kept free, fair, and safe,” Atiku stated.

It is not yet clear if there are casualties from the attack as of the time of filing this report.

The incident came hours after APC and PDP supporters on Saturday clashed at a rally organised by the PDP in Gusau, the Zamfara State capital. The mayhem claimed the life of one person and left 18 others injured, according to the police. 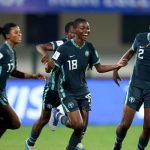