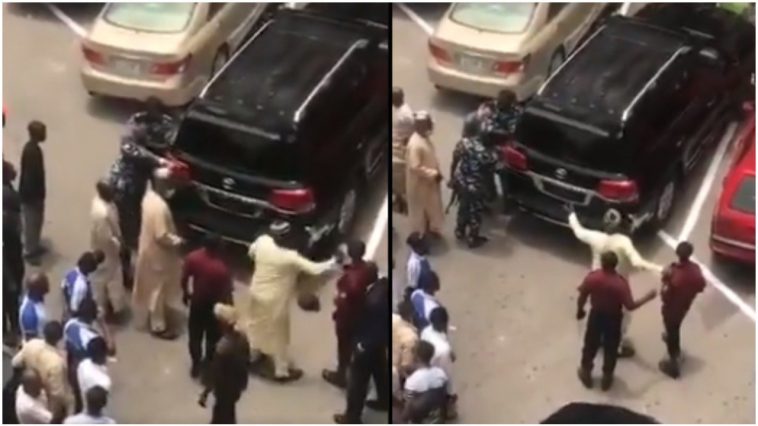 Chairman of the Code of Conduct Tribunal (CCT), Danladi Umar has shared his own side of the story following the altercation he was involved in with a security guard at Banex Plaza in Abuja.

In a statement released by CCT Chairman’s spokesperson Ibraheem Al-Hassan, he alleged that the security man was rude and had threatened him over a parking space after being unable to explain why he shouldn’t park at the spot.

“The altercations started over a parking lot which chairman met vacant, and it was directly opposite a shop where he wanted to make a purchase and to fix his phone.

“When the young security guard sighted him, he ordered that the chairman should not park his car in that particular space.

“The boy was rude in his approach and threatened to deal with chairman if he refused to leave the scene.

“Again, if the chairman had gone there to cause trouble or intimidate someone, as suggested, he would have gone there in his full official paraphernalia. But he went there alone with his younger brother.

“The policemen seen in the video clip were not the chairman’s police team. They were policemen operating around the plaza, who at first instance intervened before the arrival of the police team from Maitama police station.”

It was further alleged that the CCT Chairman sustained a deep cut and dislocation in one of his fingers after the mob began throwing objects at his car.

“A mob in the plaza started throwing machetes and sharp objects at Umar’s car, which led to a deep cut and dislocation in one of his fingers, causing damage to his car and smashing his windscreen.

“At the point he attempted to leave the scene, these same miscreants ordered for the closure of the gate, thereby assaulting him before the arrival of police team from Maitama police station.” 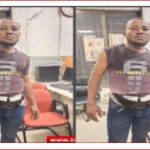