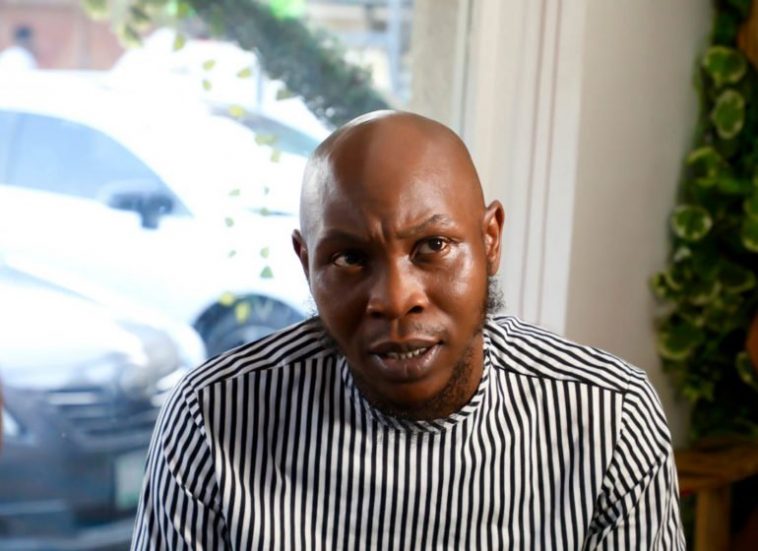 Singer Seun Kuti has asked Pastors and Imam to stop asking their congregants to pray for Nigeria.

According to the singer, clerics should start telling their congregants to fight for the country instead. He backed this up by pointing out that Pastors who underperformed in their churches, were sacked and not prayed for.

Switch up the sermon! I mean when some Pastors in some churches weren’t performing, we didn’t pray for them, we sacked them ( fought) from office. When some girls say some pastors raped them we didn’t pray for them na. When one man say one pastor knack him wife , the pastor no pray for am o but everyday pray for Nigeria, pray for your leaders. FIGHT FOR NIGERIA!! #getthesax 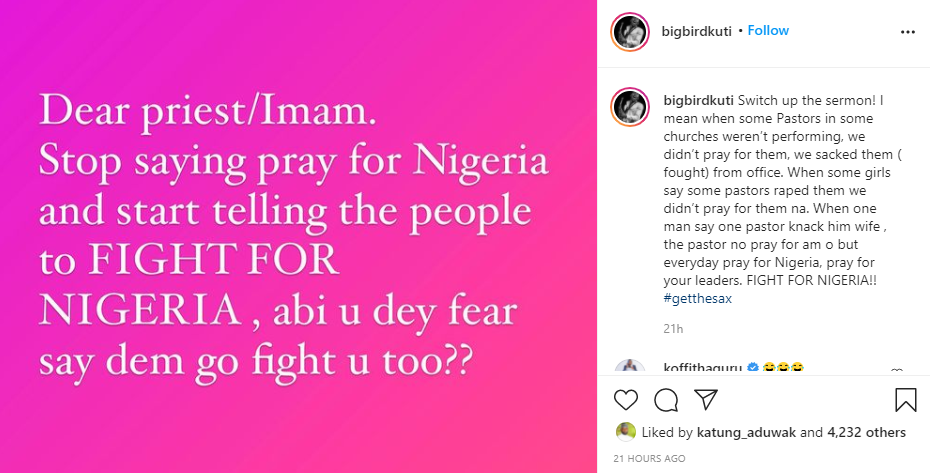 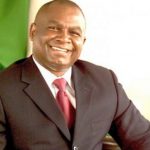 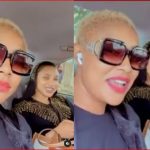