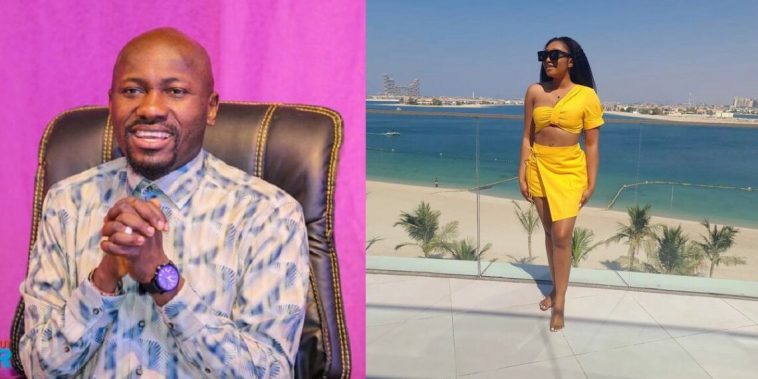 Sonia Ighalo, the estranged wife of footballer, Jude Ighalo, has slammed Nigerians she accused of jubilating over the attempted assassination of clergyman, Apostle Johnson Suleman.

The clergyman’s convoy was attacked on Friday, October 21, by yet-to-be-identified gunmen. Seven persons including police officers were killed in the attack.

In a series of posts shared on her Instastories, Sonia said some persons have been jubilating over the attack. She said some Nigerians have accused the clergyman of using a bulletproof car depsite saying he is a man of God and protected by God’s power.

She went on to say this kind of behaviour validates former US President, Donald Trump’s comment that Nigeria is a shithole country. See her posts below 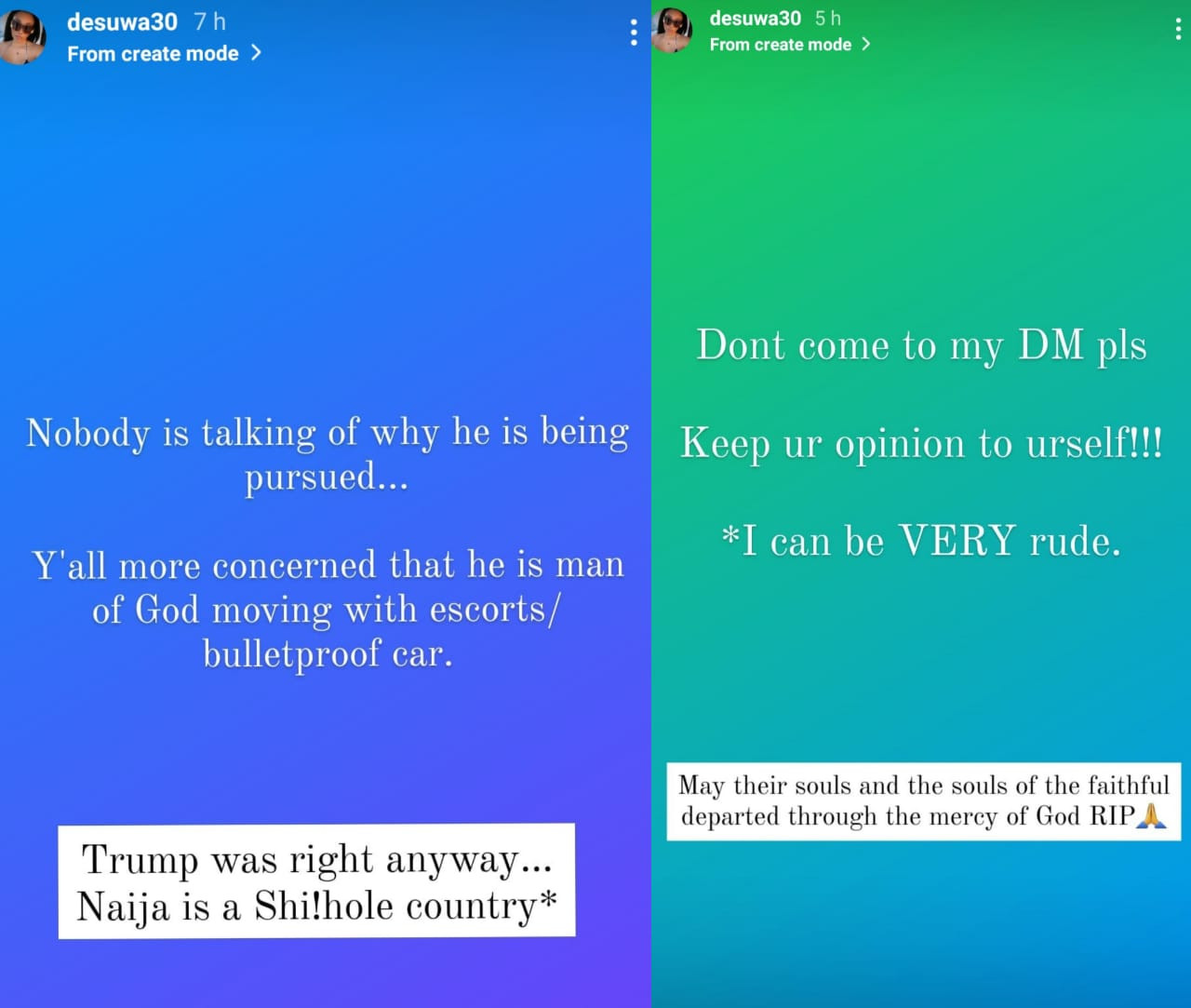 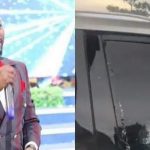 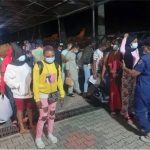