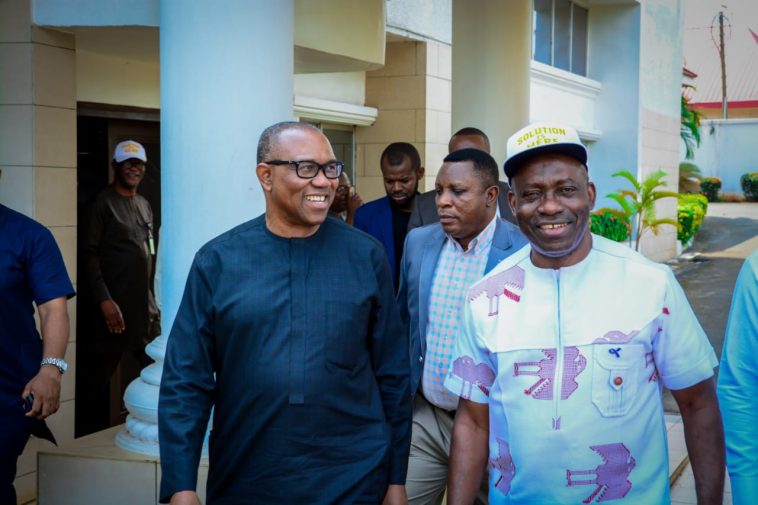 A spokesperson for the Labour Party (LP) Presidential Campaign Council, Osa Director says Anambra State Governor, Chukwuma Soludo is a major beneficiary of the legacy of one his predecessors, Peter Obi.

“Soludo is a major beneficiary of the legacy of Peter Obi,” Director said on Channels Television’s Sunrise Daily programme on Wednesday.

According to the LP spokesperson, Obi laid a “solid legacy” for the All Progressives Grand Alliance (APGA) as the party’s pioneer governor in Anambra in 2014.

Director said Obi served the people of the South-East state diligently and the people decided to subsequently reward APGA with the governorship seat ever since.

“In the whole of the South-East and indeed the country, the only place where APGA wins elections is Anambra State and that is because the pioneer governor, Peter Obi, left a solid legacy, served the people diligently and the people decided to be rewarding APGA,” the LP spokesperson stated.

Of late, Soludo, a former governor of the Central Bank of Nigeria; and Obi, the LP presidential candidate for 2023; have been engaged in altercations on the state of Anambra economy.

Soludo had said the investments Obi left in government are worth close to nothing.

The ex-CBN governor also said Obi can’t win the 2023 presidential election as there are “two persons/parties seriously contesting for president”.

However, Obi replied that he did his little as governor of Anambra and urged Soludo to do his best in the state as an economics professor.

Director, on Wednesday, described Soludo’s comments as “unwarranted vituperations” against Obi and said the Anambra governor threw APGA’s presidential candidate, Peter Umeadi, under the bus when he said there are two serious parties in the 2023 presidential race – a veiled reference to the two dominant political parties; the Peoples Democratic Party (PDP) and the All Progressives Congress (APC).

“He (Soludo) is a member of APGA and APGA has a presidential candidate. Why is he not campaigning for his candidate?

“Even from his statement or what I would describe as his diatribe, he threw his candidate under the bus; he didn’t even give him any consideration. Why is he now campaigning for another party and trying to demarket the Labour Party candidate?” Director queried.

When confronted that Obi left APGA, a party affiliated with the late Biafran warlord, Odumegwu Ojukwu, the LP spokesperson said, “Well, I am not a politician, he is in a better position to answer that.”

According to him, there are times a person can make statements and certain forces would later warrant a change of mind.

‘Obidients Are Not Cyber-Bullies’

Director further said Obi has always caution his supporters popularly known as ‘Obidients’ from cyber-bullying or attack on oppositions.

He said the word of caution by Obi has moderated the actions of his loyalists who only defend themselves when the need arises.

“It has moderated a lot of the Obidient followers because you are not seeing so much of cyber-bullying except the need to defend because when you attack, it is not everybody that can fold their hands and watch,” he said.

Obi’s two-term intermittent tenure as governor of Anambra between 2006 and 2014 was marred with legal battles up to the Supreme Court.

He was succeeded by Willie Obiano who ran on APGA’s platform from 2014 to 2022 before handing over to Soludo, also of APGA.

Obi left APGA in October 2014 and joined the PDP. He was the running mate to PDP presidential candidate, Atiku Abubakar in the 2019 general elections.

He, however, dumped the PDP early 2022 and joined the LP where he clinched the party’s 2023 presidential ticket.

The ex-governor is in the 2023 race for Aso Rock alongside PDP’s Atiku, APC’s Bola Tinubu, amongst others. 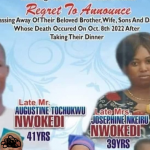