A former member of the Senate representing Kaduna Central, Senator Shehu Sani, has pleaded not guilty to two counts of bribery and advance fee fraud.

The charges were brought against him by the Economic and Financial Crimes Commission (EFCC).

Senator Sani, however, pleaded not guilty to the charges on Monday during his arraignment by the anti-graft agency at the Federal High Court in Abuja.

Upon pleading not guilty to the charges, his counsel, A. Ibrahim, asked the court to grant his client bail.

The lead counsel to the EFCC, on his part, said he was just served the bail application notice a while ago.

Thereafter, the presiding judge, Justice Inyang Ekwo, stepped down the hearing of the bail application to 12pm.

He explained that the hearing was suspended to enable the prosecutor study the bail application.

Upon resumption of the proceedings, Ibrahim argued that having pleaded not guilty and with investigations concluded according to the EFCC, bail was his client’s fundamental human right.

On his part, Muhammed stated that if the request was granted, the accused would interfere with the proceedings and urged the court to dismiss the bail application.

After listening to the arguments of the two lawyers, Justice Ekwo granted Senator Sani bail but not without conditions.

He, thereafter, adjourned the case until February 24, 25, and 26 for accelerated trial. 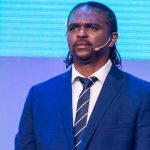 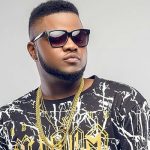