Abubakar Malami, Minister of Justice and Attorney-General of the federation (AGF), says the ministry is in “dire need” of improved funding while asking that recovered loots be used to fund it.

Malami spoke on Monday, November 8 when he appeared before the House of Representatives committee on Justice to defend the 2022 budget proposal of the Ministry of Justice.

He told the lawmakers that poor funding will negatively affect the ministry and parastatals under it as justice sector reforms are costly to execute.

He then added that some percentage from recovered loot should be allocated to the ministry to fund its operations.

“The rule of law as practised all over the world is the pivot upon which democracy revolves. The justice sector as presently constituted is bedevilled by funding inadequacies, too much for our comfort,” Malami said.

“The prime drivers of any given maturing democracy such as ours, are the rule of law, due process of the law, human rights, international obligations and allied matters. Evidence reveals that the administration of justice which guarantees sustainable peace, equity and fair play is undeniably capital intensive. In this circumstance, we need to reconceptualise the existing funding pattern of the justice sector.

“Lamentably, however, practically all the parastatals under the purview of the federal ministry of justice are in dire need of funding. For me, this is as dangerous as it is disturbing because funding gaps in the face of competing challenges could endanger the effective administration of justice, and cause an unwarranted travesty of justice.

“The ministry was mandated to embark on the recovery of looted assets and we have recorded an appreciable milestone in this regard as monies recovered are promptly deposited into government treasury, thereby increasing the revenue profile of the government.

“Presently, we are making efforts to ensure that we are allocated some cost of collection from recovered funds to finance our recovery operations.

“To date, there are large sums of illicit money stashed abroad for which we are working at close quarters with ICPC, and EFCC as dependable allies to effect recovery.”

The minister said a total of N11.8 billion has been proposed for the ministry for 2022, out of which N3.9 billion is for personnel cost, N2.1 billion for overhead, N2.5 billion for legal services and N3.5 billion for capital expenditure. 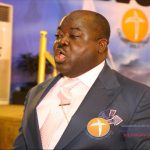 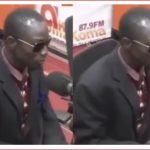