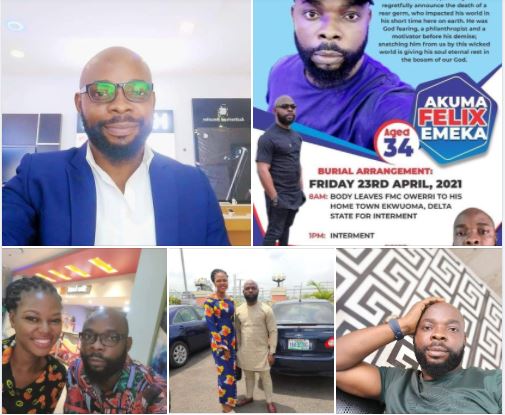 A man is to be laid to rest today and his obituary has been released, sparking reactions from Nigerians.

Akuma Felix Emeka, a 34-year-old graduate of Michael Okpara Univeristy of Agriculture was found dead in a car with a woman alleged to be his ex-girlfriend. 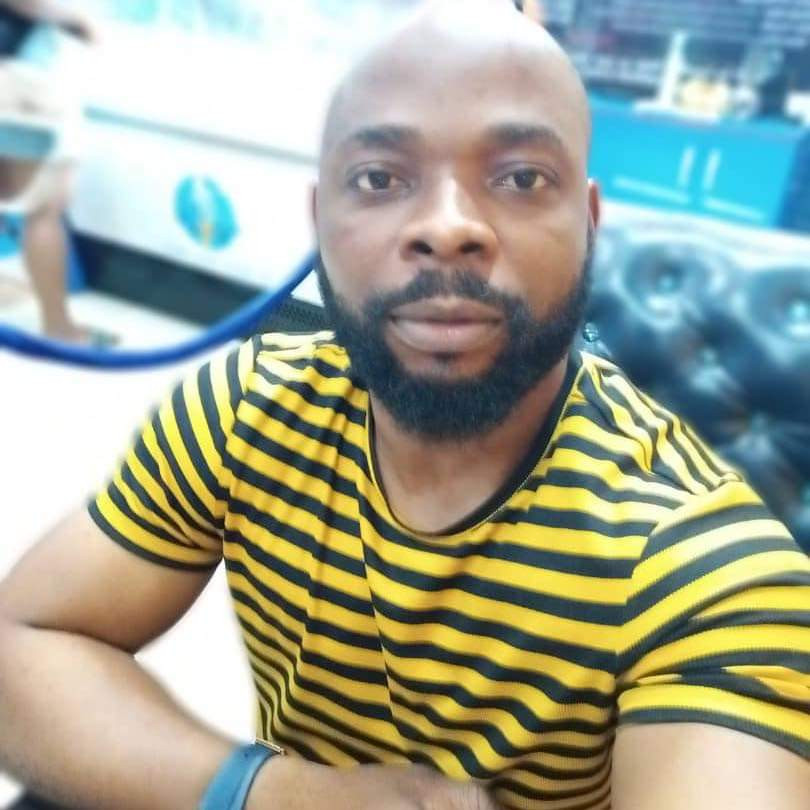 According to a Facebook post shared by Maria Ude Nwachi, a former member representing Afikpo North-east constituency in the Ebonyi State House of Assembly, Felix was poisoned by his ex-girlfriend who also poisoned herself.

Maria Ude Nwachi claims the ex-girlfriend allegedly invited Felix out for a drink on April 3, one week to his wedding. She said they both died after consuming the drink. 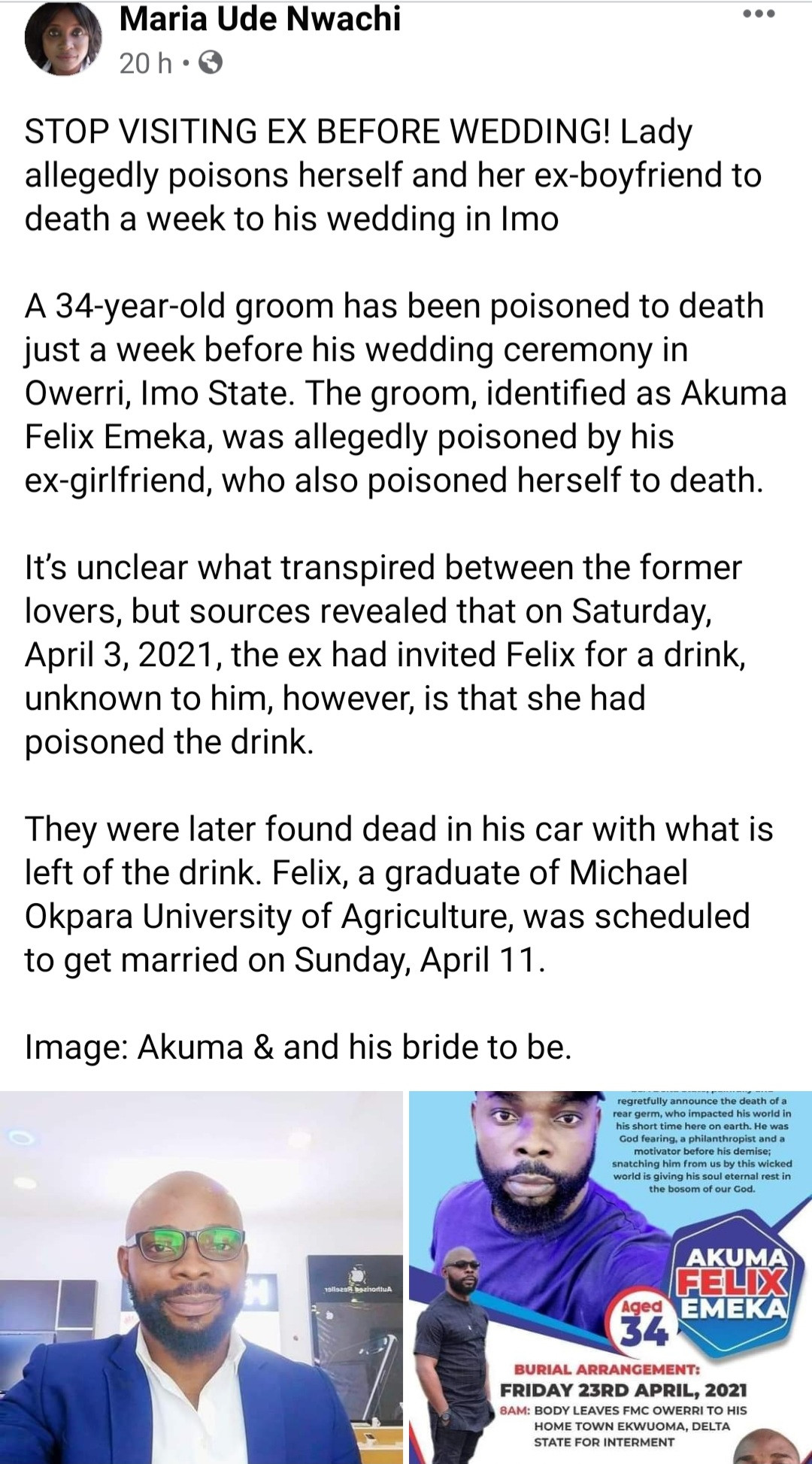 A video going viral online purportedly shows Felix and his ex-girlfriend lying dead in the man’s car. Remnants of the drink was reportedly also found in the car by a police officer who noticed the unconscious couple in the vehicle.

The news of the death of Felix, who was supposed to wed on April 11, resulted in reactions from Facebook users, claiming the man had abandoned his pregnant ex-girlfriend to marry another woman and she couldn’t live with it. 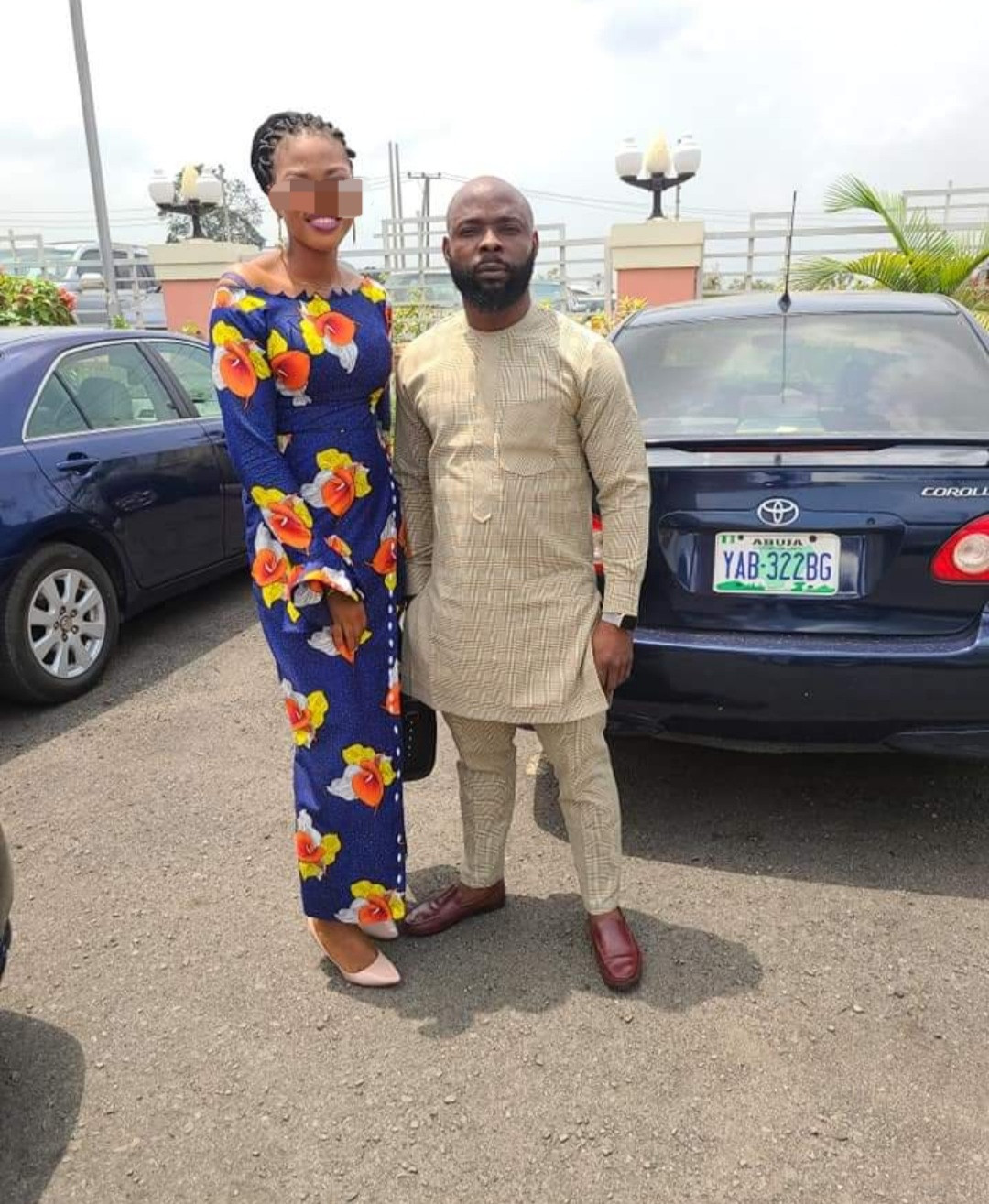 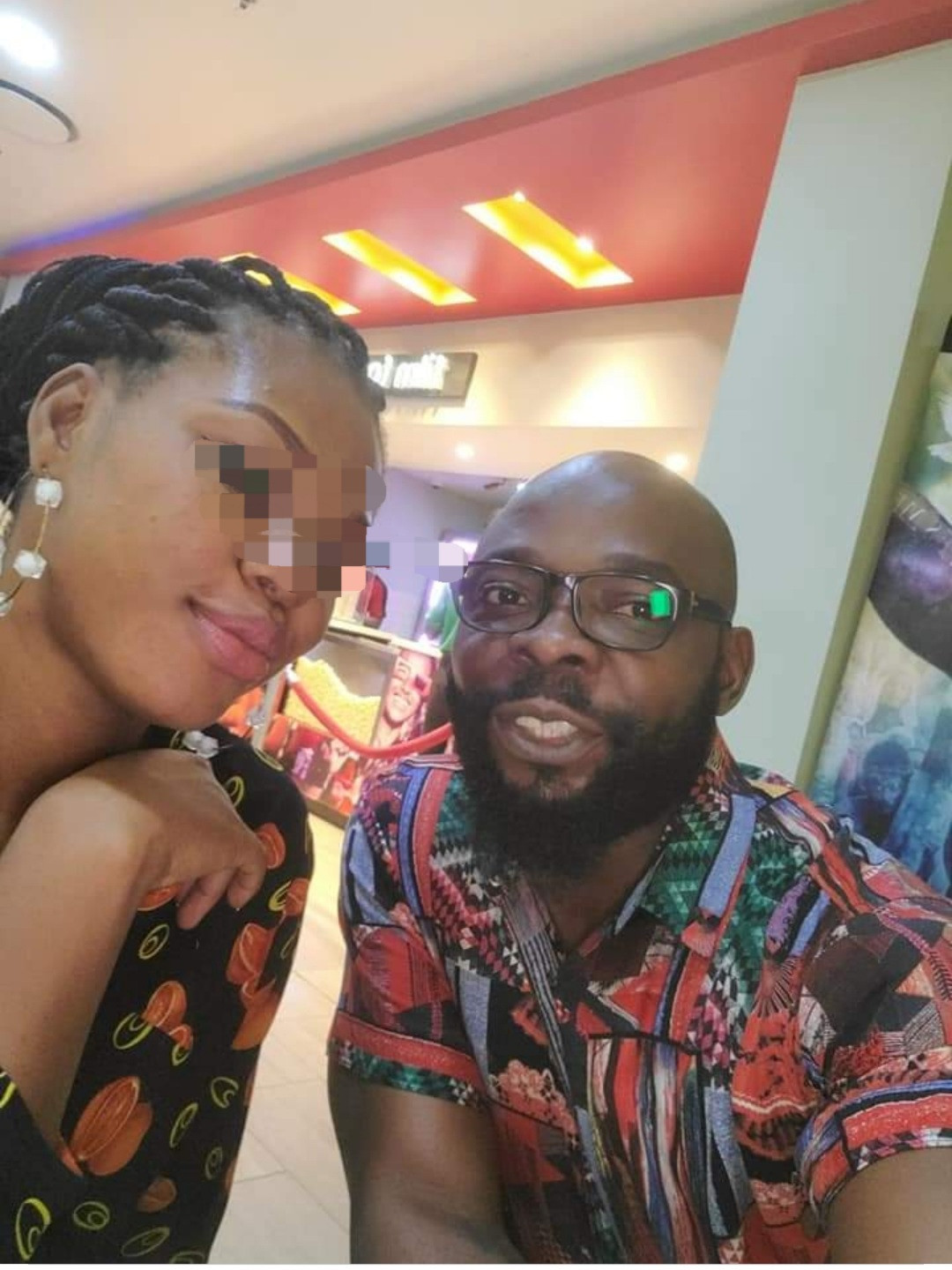 Felix with the woman he was supposed to marry

Felix will be laid to rest today in his hometown, Ekwuoma in Delta state. His obituary says he was “snatched” from his family by “this wicked world”. 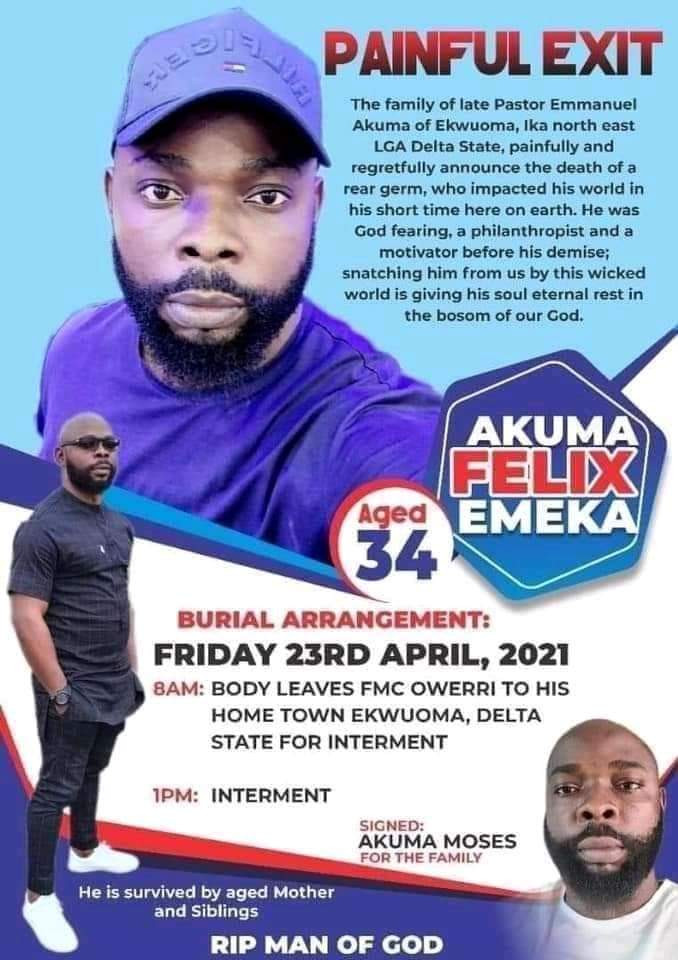 Below are unconfirmed reports from Facebook users claiming to be aware of the situation. 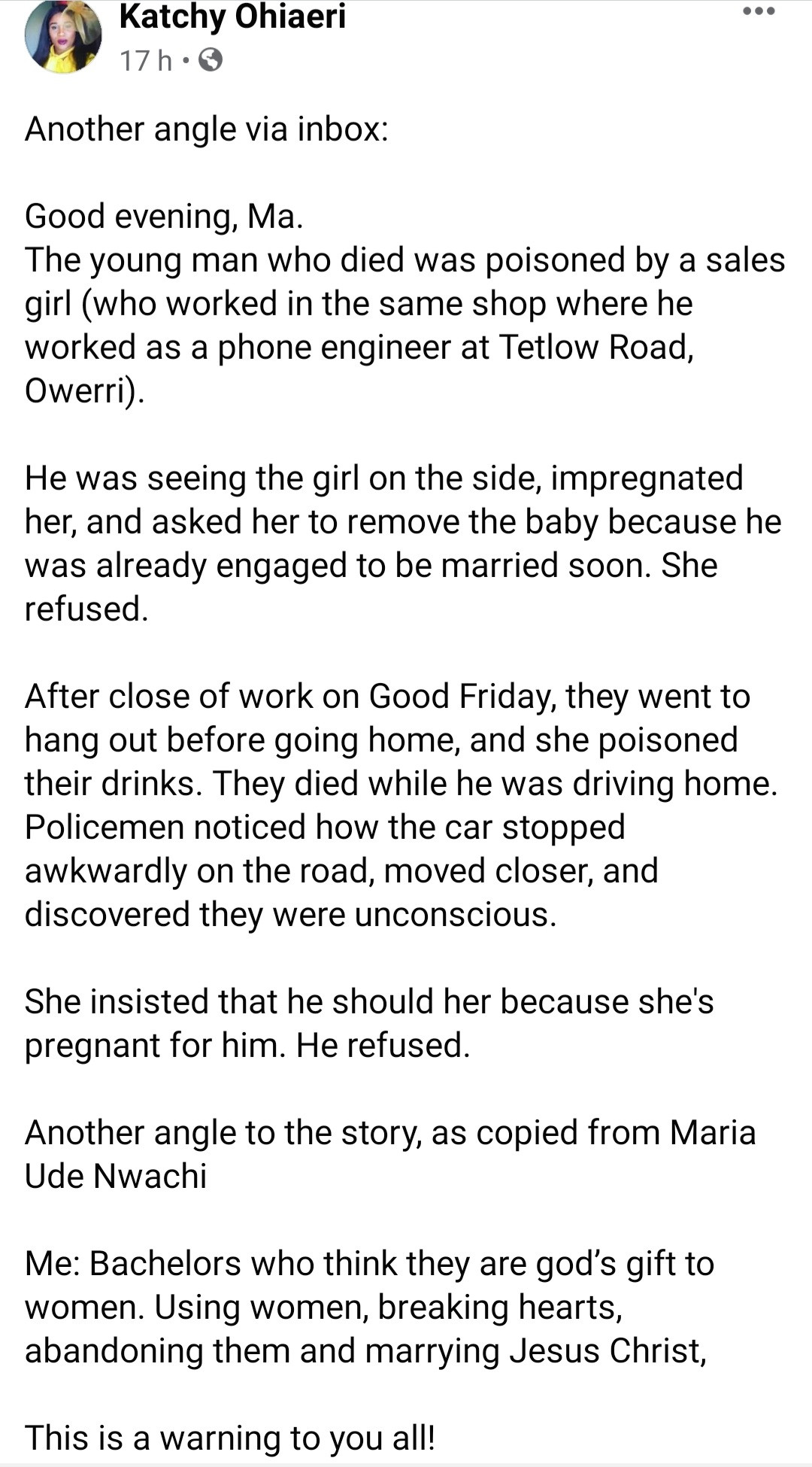 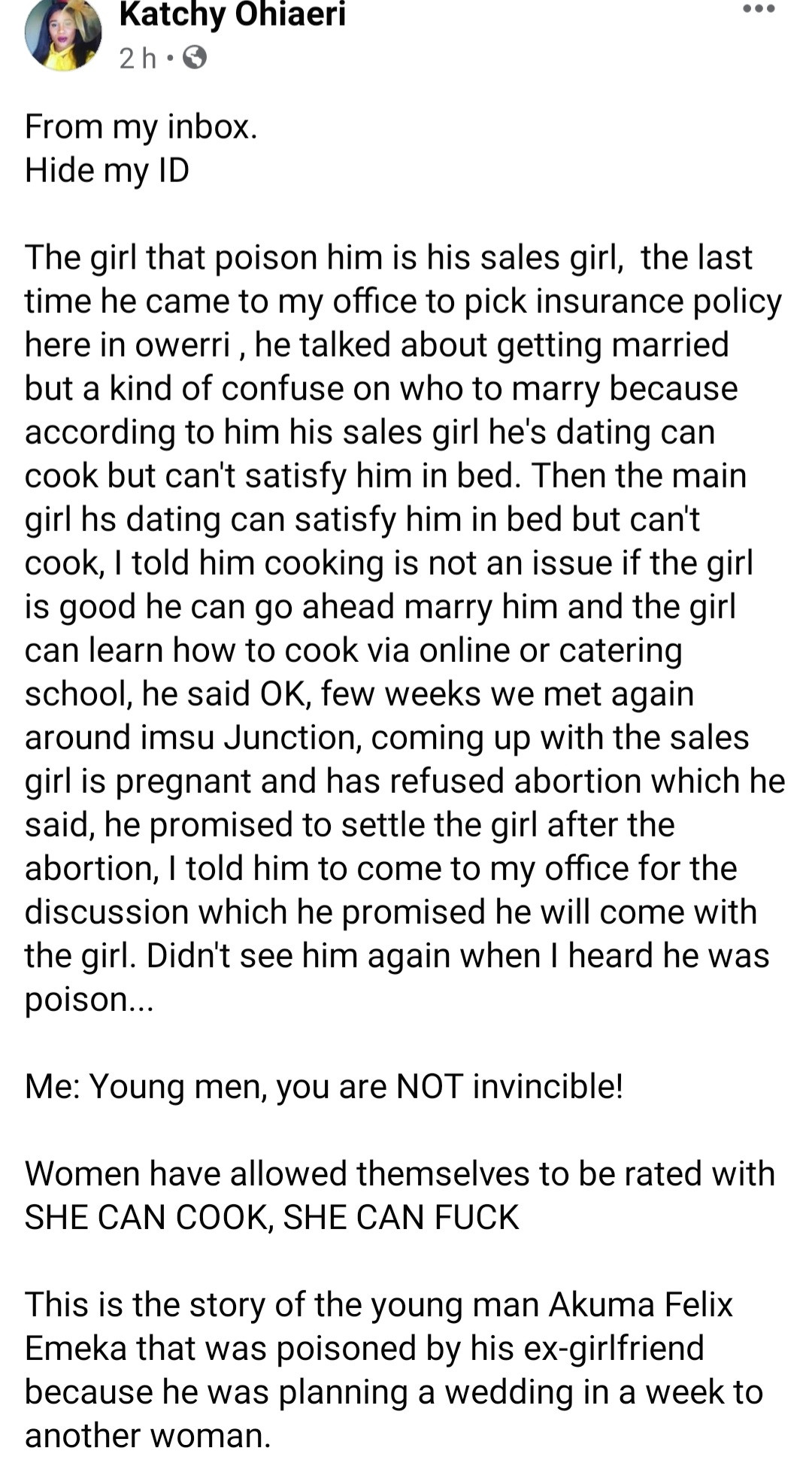 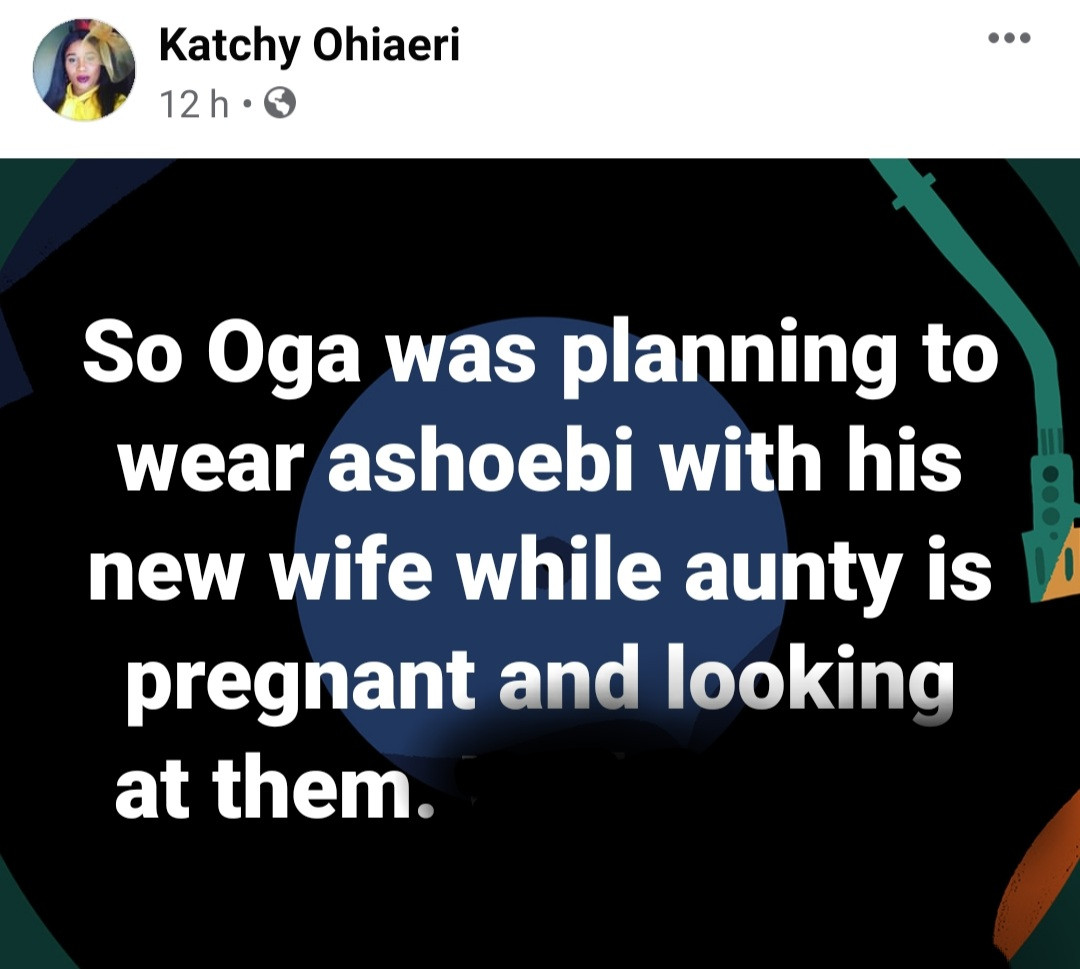 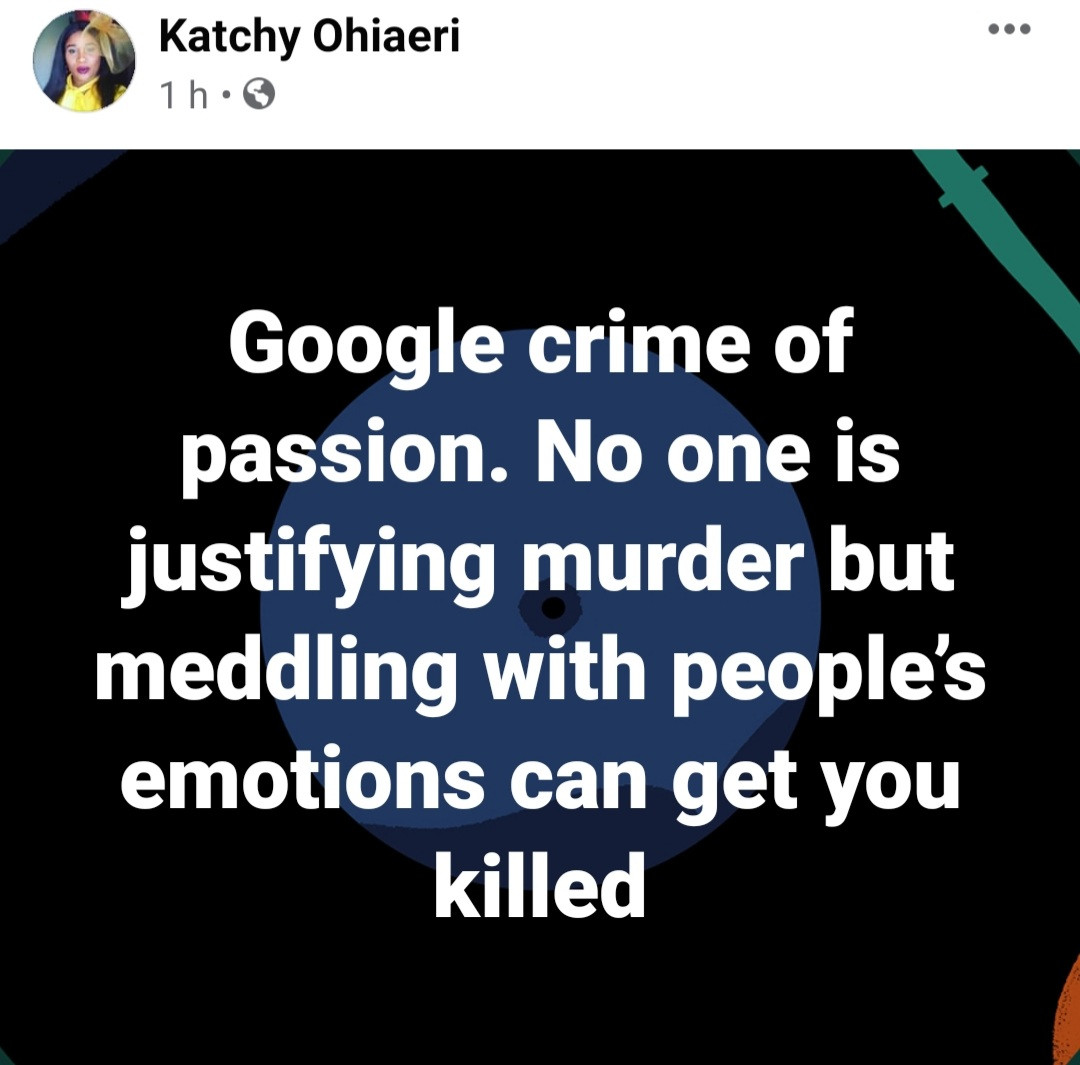 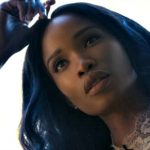 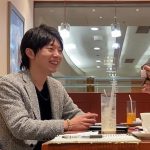