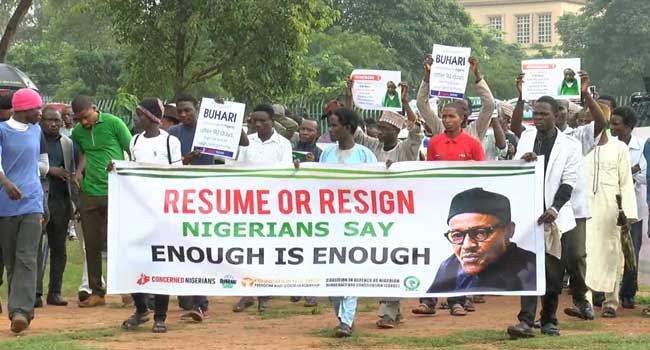 A coalition of civil society groups on Monday in Abuja demanded the return of President Muhammadu Buhari from his medical leave in the United Kingdom, saying he should resume in office or resign.
But the Presidency has described the call by the protesters for Buhari to return to the country or resign as an irrational assault on the nation’s constitution.

However, the protesters asked the National Assembly to invoke Section 144 sub-section 4 of the Nigerian Constitution and set up a medical panel to determine the President’s health status.

The convener of the protest, Deji Adeyanju, regretted the failure of the National Assembly to launch investigations or set up a panel to look into the true status of Buhari’s health.

He alleged that the lawmakers might have been compromised and “were working with the cabal in the Presidency against the people.”

Adeyanju said, “The leadership of the National Assembly must choose between the Nigerian people and the cabal. Ninety days is too long for a president to be away from his country without any explanation to the people that voted him into office.

“If Buhari has become incapacitated, he should do the honourable thing and resign because he cannot continue to hold the country to ransom; his absence in the country is being exploited by a cabal to loot the treasury.

“We hereby demand that the National Assembly invoke Section 144 sub-section 4 of the Nigerian Constitution and direct the setting up of a medical panel in conjunction with the Acting President, Prof. Yemi Osinbajo, to ascertain whether the President is incapacitated or not,” he stated.

A leader of the group and member of the Coalition in Defence of Nigerian Democracy and Constitution, Ariyo-Dare Atoye, said the Federal Executive Council should disclose to Nigerians the nature of Buhari’s illness. He criticised the nation’s leaders for keeping silent over the absence of the President for over two months, noting that their inaction was not good enough.

“It is unfortunate that the leaders of the country are keeping silent over the absence of the President. The guardians of the nation are supposed to speak up and set things right, but they have kept sealed lips and that is why the youths are marching today to demand the return of Buhari or the disclosure of the nature of his illness by the FEC,” Atoye stated.

Led by an artist, Charles Oputa, popularly known as Charly Boy, the coalition members defied an early morning showers and marched from the Unity Fountain, Maitama to the Presidential Villa junction to demand the return of the President to the country.

Armed policemen and personnel of the Nigeria Security and Civil Defence Corps provided security for the drenched protesters who were marching and singing and dancing to the songs of the late Afro-beat king, Fela.

The movement had said it would continue with daily protests in Abuja and London to press for the return of the President.

But the Senior Special Assistant to the President on Media and Publicity, Garba Shehu, in a statement in Abuja, asked well-meaning members of the public to ignore the protesters, who he said, had over-stepped their bounds.

The Presidential spokesman said, “I wish to respond to media enquiries following demonstration by a few citizens this morning in Abuja. The demonstration is in the exercise of their freedom under the constitution, which guarantees their right to embark on peaceful protests.

“So long as they remain peaceful, we have no problem with them. What is democracy if citizens can’t peacefully demonstrate?

“On the second issue, demanding the President’s return, or resignation or certain explanations, I would say that they have over-stepped their bounds.

“Equally, there is nothing like a power vacuum in the country given the competence and general harmony with which the whole government is running.

“Any such calls as being made by this or any other group represents an irrational assault on the constitution and should be ignored by well-meaning members of the public.

“The need of the hour for this country is to rid it of corruption, reform and reinvigorate the economy and to fight crime and insurgency.

“The government is busy with the reconstruction and rehabilitation of infrastructure all over the country. It is creating jobs for the unemployed. It has set its sight on the larger picture of the country’s development; investing in rail and power projects and redeeming the country’s image from the mountains of corruption scandals that have marred it.

“We will not, therefore, be distracted by this or any other groups.”

Also, the lawmaker representing Kaduna Central Senatorial District, Shehu Sani, in a Facebook post on Monday, urged the protesters to drop their placards and pick up their prayer books and pray for the ailing President.

The post read, “…Those protesting for the President to resume or resign have the constitutional and fundamental rights to do so. But the President had properly handed over power to the Acting President before he travelled on medical vacation.

“I fully respect the rights of protesters to object but I appeal to them to step down their placard and pick up a prayer book for our president. He has given so much and sacrificed so much for our country, and this is the time to stand by him when it’s telling on his health.

“For a man who has given the better part of his life for our unity and for our progress, it’s not much if we show him love, care and understanding in his trying moments.” 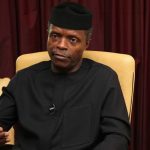 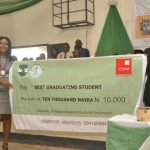