President Muhammadu Buhari on Tuesday in Abuja said Nigerian government remains deeply grateful to the government and people of Switzerland for their support in resuscitating the economy, especially the return of illegally stolen funds.

He made the remark while receiving Letters of Credence from the Ambassador of Switzerland to Nigeria, Mr George Steiner, at the Presidential Villa, Abuja.

President Buhari, in a statement by the Senior Special Assistant on Media and publicity Garba Shehu, said the return of stolen funds and interventions in the crisis in the North East further indicate the Swiss government’s commitment to the development of Nigeria.

“We are grateful to the Swiss government for allowing illegally stolen funds to be brought back to Nigeria,’’ he said.

The President noted that the facilitating roles the Swiss government had been playing in the North East, particularly in reaching out to Internally Displaced Persons, had been most helpful, adding that bilateral relations between both countries will continue to be strengthened.

Responding, the Swiss Ambassador said his government will always be disposed to supporting Nigeria in ensuring peace in the country, especially in the North East.

“We have strong and solid relations with Nigeria. It’s an honour and privilege for us to contribute to issues of importance in the country,’’ he added.

Steiner told President Buhari that the Swiss government looks forward to having stronger relations on economic issues with Nigeria that will be mutually beneficial, pointing out that the ongoing reforms in the country already send right signals to investors.

President Buhari, who also received Letters of Credence from the Ambassador of Belgium, Dr Daniel Dargent, said feasibility studies to revamp the Lake Chad Basin will require a diversion of River Ubangi in the Congo Basin.

The President said the diversion of River Ubangi will improve the livelihood of more than 40 million people who survive on Lake Chad Basin, urging the Belgian government to support the negotiation.

In his remarks, the Ambassador of Belgium said his government will support an initiative that will improve the livelihood of people.

“We are in a global world and we need to start evolving more on issues that directly touch lives, especially in supporting Nigeria which will one day become a Permanent member of the Security Council’’ he said.

While receiving his Letters of Credence, President Buhari congratulated the Ambassador of Hungary, Dr Sandor Gyorgy Beer, on his posting to Nigeria, urging him to sustain the healthy relations that had existed between both countries for many years.

The Hungarian Ambassador said relations between both countries had been strong over many years, noting that he will work towards improving it, especially on economic issues and sports.

Dr Beer said Nigeria and Hungary already had a strong pedigree in sports, especially in football, that can be improved, assuring the President that he will work towards more exchanges between both countries by setting up a football academy in Nigeria that will promote matches, trainings and skills development.

“Nigeria is a great country and it’s an honour to be here,’’ he said. 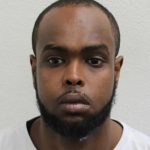