The total quantum of electricity on the nation’s power grid crashed by 1,835.6 megawatts within a period of three days.
After reaching a peak of 4,282.6MW on August 2, 2017, power generation dropped to as low as 2,447MW on August 5, according to the latest data on the performance of the grid obtained in Abuja on Sunday.

Power generation has continued to fluctuate for several months now, as operators blame the development on gas and frequency constraints.

The recent power briefing from the Transmission Company of Nigeria stated that 1,651MW of electricity could not be generated as a result of frequency management constraint on Friday alone, which was due to loss of feeders of power distribution companies.

It also stated that the reported gas constraint resulted in the inability to generate 505MW on the same day.

However, further findings showed that electricity generation since the beginning of August had continue to hover between 2,387MW and 4,280MW.

On Wednesday, data indicated that gas-fired electricity-generating turbines in seven stations across the country were dormant, a development that adversely affected power generation.

The industry data showed that on August 2, all the hydro and steam power stations had at least one hydro or steam turbine that was functional. It highlighted three hydro power stations as well as three steam stations.

But out of the 22 gas power generating stations that were captured in the report, seven had dormant turbines, and they were Afam IV-V, Alaoji NIPP, Olorunsogo NIPP, A.E.S, ASCO, Rivers IPP and Gbarain NIPP.

It was also gathered that increased gas constraints to power-producing turbines was another reason why some of the machines were left dormant.

The Executive Secretary, Association of Power Generation Companies, Dr. Joy Ogaji, recently announced that electricity producers were owed over N500bn by the market, adding that this had made it tough for some of the Gencos to pay their gas suppliers.

Ogaji had said, “For us to be able to procure gas, we need money. Gas companies are owed several billions by us. We are being owed nearly N600bn and we are owing gas companies nearly N200bn.

“Most of them now say they cannot supply anymore until we pay. In fact, most of the companies like Shell and Total now do what we call pay-before-service. And since the market is paying us 29 per cent out of the expected 100 per cent, how do we pay for the gas?

“Some of these power companies that you’ve heard about cannot put all their machines on, they will just select from maybe out of five machines; they will just put on two or one, depending on what you can pay for with respect to gas. That’s the situation and it is a precarious and pitiable state.” 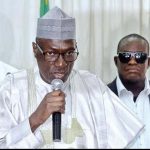 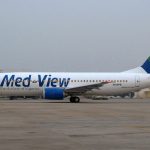