The police have arrested three principal suspects involved in the killing of a suspected cultist in Anambra State.

Governor Willie Obiano disclosed this on Sunday while briefing reporters on the security situation in the state at the Government House in Awka, the state capital.

“Saturating the media waves is a horrifying video of the killing and beheading of an alleged cultist by members of a viral cult group. This is most despicable and a terrible act,” the governor said.

He added, “I wish to inform Anambra citizens and residents in the state that the police have arrested three principal suspects and on the heels of their accomplices. They shall all face the full wrath of the law.

“I have ordered a clampdown on all cultists and their activities. This state shall no longer tolerate the violence that erupts now and then in the name of cultism.”

The governor warned that those who try the government’s will in this regard would have themselves to blame and urged the youths to shun cultism and embrace meaningful lifestyles.

According to him, all kinds of touting in the state in whatever guise, especially in Onitsha will no longer be tolerated by the government.

“Security agencies are hereby directed to arrest anybody hanging on the road with sticks and molesting innocent citizens, drivers, etc. The madness must stop,” Governor Obiano said.

On Friday, suspected cultists were said to have stormed Oghalegbu, a village in Okija in Ihiala Local Government Area of the state where two persons were reported to have been killed.

One of the victims who were alleged to be cultists reportedly had his head severed from his body and taken away by the assailants in the presence of his mother and siblings.

The killing was said to have followed a sporadic shooting at the popular Nkwo Okija market by rival cult groups, while one of the groups later headed to Oghalegbu village. 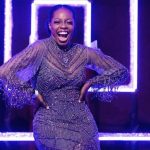 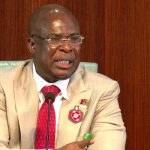