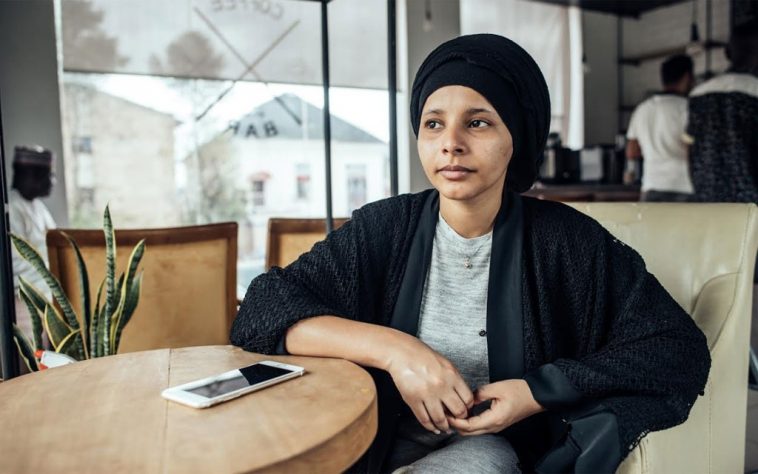 Poet Fakhrriyyah Hashim has gone on Twitter to say she now regrets an article she wrote in 2014 campaigning for president Buhari’s election.

Fakhrriyyah, a vocal northerner who once accused officials at the state house clinic, Abuja, of blackmailing her for exposing corrupt practices in the medical centre, wrote an article in 2014 supporting Buhari.

Now, she has said her article was a “very ignorant” one and was not backed by facts.

She added that she has never mourned anything she has written as much as she mourns that article.

She tweeted: “In 2014, I wrote a very ignorant non-facts-backed article in support of  @MBuhari’s bid for 2015 that regurgitated same campaign lies the APC rang through on security & economy. I have been wanting to pull it down but I decided against it, instead I will write a rebuttal to myself.

“I have never mourned over anything I’ve written in my life as much as that piece. I love my blog so much for its poems, mostly because it shows me how much I’ve grown as a poet – I started writing poetry and everything in 2014, such a late bloomer, yes.” 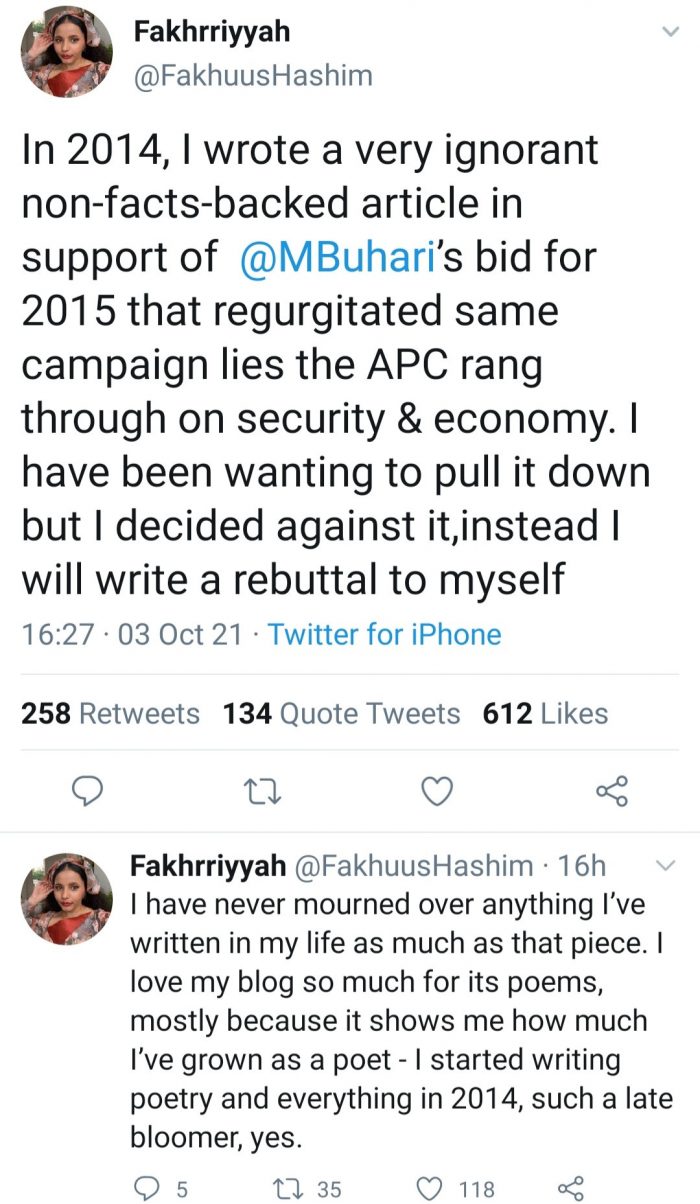 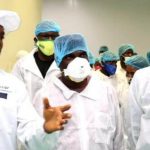