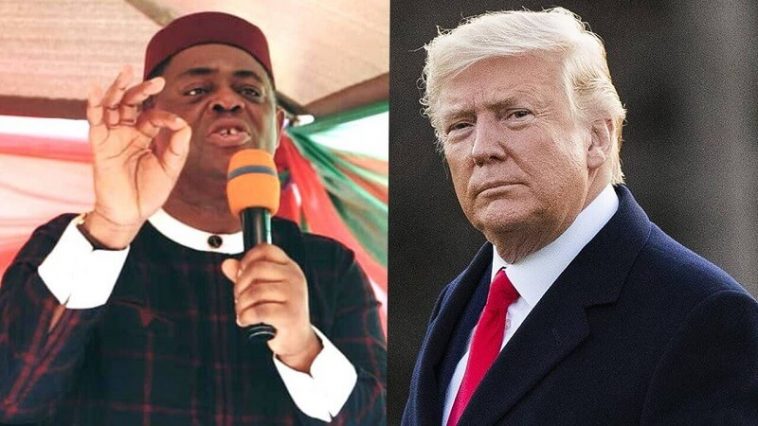 A former Minister of Aviation, Femi Fani-Kayode, has called on his hero, American President, Donald Trump, to accept Joe Biden as the next President of the United States.

He said this in a statement titled on Wednesday in reaction to the violence unleashed on the US Congress by Trump supporters during the certification of electoral votes.

Fani-Kayode, who had in the last eight weeks, discredited the US elections and called on Trump to reject the result, made a U-turn on Wednesday after the violence.

The former minister said he remained a supporter of Trump but would never condone violence.
He advised the US President to toe the path of former Nigerian President, Goodluck Jonathan, by accepting the result in order to protect his legacy.

Fani-Kayode claimed the 2015 Presidential election was deeply flawed but Jonathan accepted it anyway and was able to protect his legacy and worm his way into the hearts of Nigerians.

The ex-minister wrote, “As much as I love Donald Trump and believe that he was cheated out of the election I will not support any action from his supporters that would disturb the peace, jeopardise life and property or lead to a civil war in America.

“Those of us that love and believe in him fought a good fight and stood firm, regardless of the odds and the insults, right to the end. It is time to accept the reality of a Biden presidency and move on.  We must not let this matter divide and destroy America and indeed the world any further. This is the time to build bridges and come together.

“Like a good war commander and insightful leader he must accept the situation, no matter how unpalatable, retreat and leave the battle field with the remnants of his army intact so that they are not utterly decimated and they can live to fight another day.

“I have no doubt that after a few years, just as it was with Jonathan, Trump will be vindicated but he will lose that opportunity if he refuses to accept the final decision of Congress and the Electors and concede the election.

“I pray he makes that choice and brings this increasingly ugly and dangerous situation to closure. I commend every Trumper in Nigeria for keeping the faith and standing firm till the end but now is the time to sheath our swords and accept the facts and the situation.”

He said Biden would be sworn in as President on January 20 while Vice President-elect Kamala Harris will be effectively running the country into the foreseeable future and America and the world will have to live with the consequences of that. 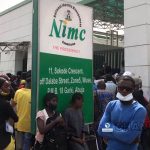 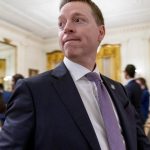