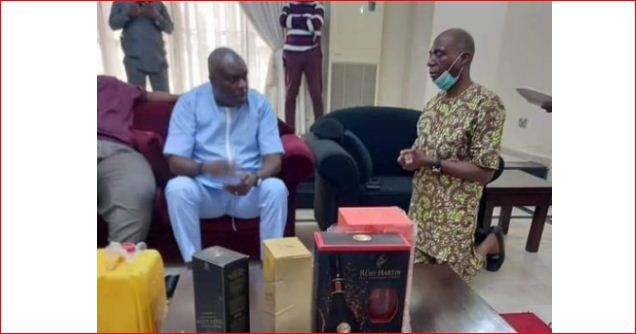 In the picture, Senator Manager is seen wearing an Ankara outfit with a face mask below his chin and his hands folded while Ibori in a blue outfit sits on a red and black couch.

Ibori was governor of the oil-rich Delta State from 1999 to 2007 but was later convicted for embezzling billions of state funds while Manager has been a senator since 2003 and is one of the longest-serving lawmakers in the country.

Ibori has, however, remained influential in the state despite his criminal record.

Confirming the authenticity of the photo, an associate of the senator told Nigeriana that it was just a sign of respect in Urhobo culture.

He said, “Senator went to visit him on Wednesday. Ibori is a senior, a king and an elder to him, being his former boss. Whenever you go to pay homage to an Urhobo elder or someone you hold in high esteem, you kneel down. It is a sign of appreciation for people to show who the person is to you. Things are just being twisted on social media. It is a personal relationship. You don’t expect the senator to stand up to address Ibori.

“Senator came to pay homage to him because he had not seen Ibori in a long time and he took drinks. Those are the drinks you see on the table in the picture.”

The photo was reposted online by Senator Shehu Sani. 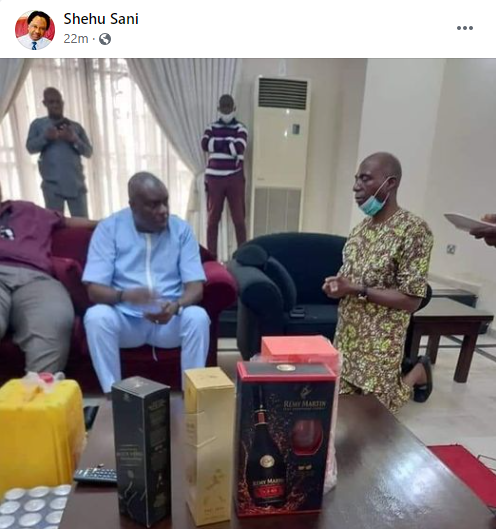 However, many people on social media said it was wrong for the senator to have done such.

Precious Erutase wrote on Facebook, “Yes, I don’t demean people on social media, but with due respect, this photo didn’t speak well of Senator James Manager and his media aide. In my own words, it is true that the media aide that took this photo has revealed to Deltans the incongruous ambition and the overzealousness of his boss.

“There is nowhere in the whole of the Niger Delta that you will find a man of Senator James Manager ranking, kneeling down with both legs before a fellow man who happens not to be his biological father, but a man I can accurately guess to be of the same age with him. No, it is not done and this is demeaning.”

Omemiroro Ogedegbe, who is a lawyer, wrote on Facebook, “The people continue to suffer as the politicians do not hold allegiance to their sovereignty but to perceived political gods to whom they continue to pay royalties upon their emergence and the people suffer.

“Imagine my senators kneeling like schoolchildren all for the quest of power. James Manager is 61 years like James Ibori and from their look, that of James Manager might be his football age. Each time we see this level of timidity the institutions they represent suffer.”

Ezekiel Ibok, who identified himself as a teacher on Facebook also wrote, “A serving Senator, James Ebiowu Manager representing Delta South kneels before James Ibori, seeking endorsement for his 2023 governorship ambition. Kneeling down for an ex-convict that looted Delta State dry.”

“How come we celebrate thieves and looters in Nigeria? How did we get here as a people?” he asked. 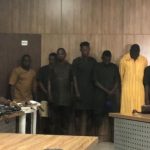 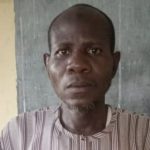