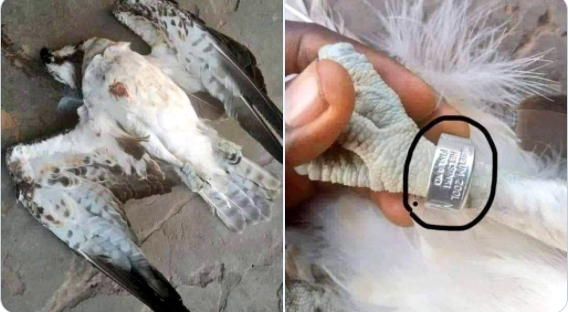 A Peregrine falcon which ”flew into Nigeria from Finland” has reportedly been killed in Ofagbe town, Delta state.

Twitter user @wakajugbe who shared photos of the dead bird, said it had a tag which read ” Museum 200L Helsinki Finland”.

This peregrine falcon was killed in a town called Ofagbe in Delta State. The bird flew all the way from Finland to Delta State as the tag on the bird read ” Museum 200L Helsinki Finland” 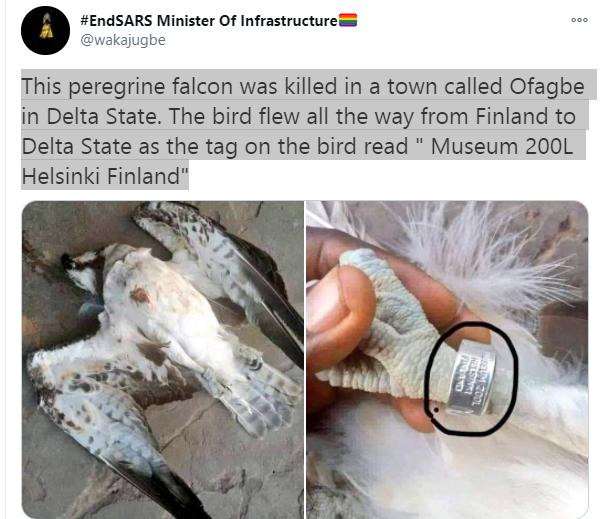 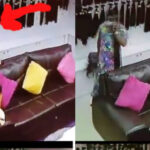 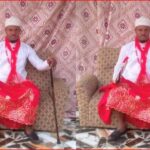