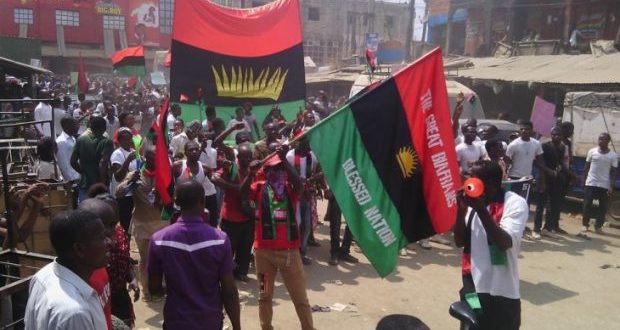 The Commander of the newly inaugurated Biafra Secret Service (BSS) in Ebonyi State, Ezekwesiri Kenneth, has boasted that the forthcoming governorship election in Anambra State will never be held.

He said the reverse would be the case only when all BSS officers were dead.

Ezekwesili made this declaration on Friday during the BSS solidarity match in some communities in Afikpo North council area.

The BSS commander reiterated the IPOB stand that it would not allow the poll to hold.

He dismissed the stories in the media that the governors of the South East had obtained words from their leader, Kanu that the group would backtrack on its earlier position.

Along all the major roads they matched through, they chanted anti-Buhari and Osinbajo songs.

He said: “Nnamdi Kanu established the Biafra Secret Service to help in the security of Biafra territory. We are working underground such that the Nigerian Government doesn’t know how we operate.

“All we are agitating is that we are tired of being in this contraption called Nigeria. We are tired of the Nigerian Government. And we matching along these major roads are to tell the people that there will be no more Nigerian election in Biafran land. We are taking the message to every nook and cranny of Biafran land to tell them not to acquire the Nigeria’s voter’s card not to talk of their election.

“We are going to use Anambra State to set an example so that other states in Biafran land will learn. We are sure and we are going to assure them that there will be no election in Anambra State. The message is that there will be no election in Biafran land starting from Kogi, Benue, Edo, Delta, Enugu, Imo, Abia, Ebonyi, Port Harcourt, Bayelsa, Cross River, Akwa Ibom and others.

“It will be over our dead bodies to see election hold in Anambra State. The South East Governors knows what was going to happen that was why they invited him to a meeting in Enugu. The governors invited him to negotiate and take money just like Uwazurike did but the man was standing on his words. He made them understand that if he allows election to hold in Anambra State, then he has been doing nothing.

“The federal government is just backing like toothless bulldog. He said that he wants to arrest our messiah, Nnamdi Kanu, the messiah who will lead us to the Promised Land. How can somebody who did not go to school want to arrest a graduate? If you say that Biafrans cannot go then he must give us real restructuring. But you know what, he cannot offer it.”

He also maintained that any attempt to re-arrest the leader of the Indigenous People of Biafra (IPOB), Nnamdi Kanu, would be vehemently resisted.

He declared that the secret police was ready to match force with equal force with the federal troupe that would be dispatched to effect the arrest of Kanu.

According to him, President Muhammadu Buhari has no locus standi to effect the arrest of the IPOB leader. 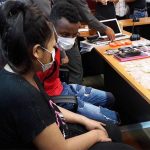 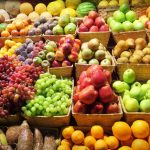