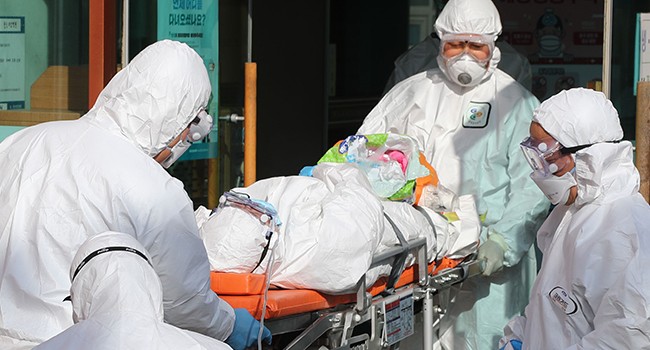 Medical workers wearing protective gear transfer a suspected coronavirus patient (C) to another hospital from Daenam Hospital where a total of 16 infections have now been identified with the COVID-19 coronavirus, in Cheongdo county near the southeastern city of Daegu on February 21, 2020. YONHAP / AFP

Britain has reported more than 80,000 coronavirus-related deaths after another 1,035 were recorded, official figures showed Saturday.

The total number of deaths within 28 days of a positive COVID-19 test now stands at 80,868, according to the latest official figures.

Another 59,937 coronavirus cases have also been recorded on Saturday, compared to Friday’s record of 68,053, the official data showed.

The new cases on Saturday brought the total number of coronavirus cases in the country to 3,017,409, the data showed.

This means that Britain has hit another two grim milestones in the pandemic on Saturday as total coronavirus cases passed three million and total coronavirus-related deaths topped 80,000 overnight.

The highest daily coronavirus-related death toll was posted with 1,325 on Friday.

The new official figures were released just hours after the British government launched a new advertising campaign to urge Britons to stay at home and comply with lockdown rules.

Chris Whitty, England’s chief medical officer, said in an advert rolled out on radio, TV, and social media: “COVID-19, especially the new variant, is spreading quickly across the country. This puts many people at risk of serious disease and is placing a lot of pressure on our NHS (National Health Service).”

“Vaccines give clear hope for the future, but for now we must all stay home, protect the NHS and save lives,” he added.

Meanwhile, scientists advising the British government warned that the current lockdown measures in England need to be “stricter” to achieve the same impact as the March shutdown.

Prof Robert West, who sits in the Scientific Pandemic Influenza Group on Behaviours, which advises the government’s Scientific Advisory Group for Emergencies (SAGE), said the current rules were “still allowing a lot of activity which is spreading the virus”.

West said due to the new variant of coronavirus, which is said to be up to 70 percent more infectious, the lockdown measures need to be tougher.

“That means that if we were to achieve the same result as we got in March we would have to have a stricter lockdown, and it’s not stricter,” he told the BBC.

Earlier Saturday, Buckingham Palace announced that British Queen Elizabeth II and her husband, the Duke of Edinburgh, known as Prince Philip, have received the first doses of their COVID-19 jabs, joining more than a million people in Britain who have received the vaccination.

At the same time, the Met Police has confirmed 12 people were arrested at an anti-lockdown protest in London on Saturday.

They were detained following the demonstration at Clapham Common, a large urban park in south London, and all are in custody, the police said.

The protest took place after London mayor Sadiq Khan declared a “major incident” on Friday as the spread of coronavirus threatens to “overwhelm” the British capital’s hospitals.

England is currently under the third national lockdown since the pandemic began in the country. To bring life back to normal, countries such as Britain, China, Germany, Russia and the United States have been racing against time to develop coronavirus vaccines. 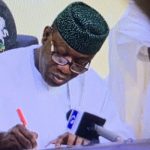 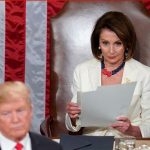