Godwin Madu, the brother of late gospel singer, Osinachi Nwachukwu, has told a Federal Capital Territory High Court in Abuja that Osinachi’s husband, Peter did not only brutalize and subject the gospel singer to perpetual fear but also abused her mother, himself (Godwin) and Osinachi’s twin sister.

While being led in evidence by the prosecution counsel, Aderonke Imana, Godwin told the court how Nwachukwu constantly abused Osinachi verbally and physically. According to him, Peter also verbally abused Osinachi’s mother, called her a witch and sent her out of his house when she was ill.

The brother of the deceased singer accused Peter of preventing Osinachi’s mother, twin sister and others from seeing or taking care of her when she was ill and in the hospital. He said Osinachi constantly lived in fear of her husband. According to a Vanguard report, Godwin said, “Whenever we called Osinachi to hear from her, she answered with fear.

“In 2019 August, my mum was sick, Osinachi begged Peter for my mum to come over, but he refused. Then Osinachi went to Pastor Enenche’s wife, Becky, of Dunamis Church, to prevail on Peter to allow Osinachi’s mum to come down to Abuja for treatment.

So, Becky met with Peter and begged him, before he accepted. Then when she came down to Abuja. The first day Peter sent his son, Ebube, to go get water for him with a cup. When he went to get the water, as a child, the water spilt from the cup. Peter beat Ebube mercilessly, just because the boy made a very little mistake.

When my mum heard his cry, she started telling Peter that he should take it easy on him, that he is a child and mistakes were part of their learning. I was there listening to my mum, and the next thing Peter did was insult my mum, calling her names that she was a witch and that she wants to scatter his family.

When he was saying all those things, my mum kept quiet and didn’t respond. The next day my sister was in the kitchen cooking, and she called on me to come and assist her. I was in the kitchen helping her to cut onions, Peter then came to the kitchen and asked what I was doing there. My sister said to him, please allow him he is helping me. He started insulting my sister, calling her names. That day, he said to her ‘you know how I used to be to you,’ in my presence for the first time.

Then the second day, he did the same thing, I was in the kitchen helping my sister. He told her that I have warned you several times not to allow this your useless brother inside my kitchen. Then my sister said to him, there are so many things to do in the kitchen. He repeated the same words, ‘you know how I used to be to you,’ in my presence for the second time.

The next day, I was in the kitchen helping my sister wash the plates, and he repeated the same words to my sister. When he said it, I was very angry that very day, I said to Osinachi what does this man mean by these things he is saying, he heard what I said and started insulting me.

On the fourth day, I was with my mum in the room where she was when I was going to the kitchen, I saw him, he raised his hands to hit my sister Osinachi, then I said if you try it. My mum heard my voice and she called me, Peter started insulting me again.

The next day, he chased me and my mum out of his house. I called Osinachi’s twin sister, Amarachi, and I told her what happened. She called one of her Delta woman friends, it was the woman that came and picked me and my mum.

It was in that woman’s house that we stayed for one month until she completed her treatment before we both went back to Enugu. Then I came back to Abuja, I started my music stuff then when I go to church on Sunday, that is when I normally see my sister (Osinachi) and whenever she’s talking to me and notices the presence of Peter, she will be afraid, she will quickly leave and tell me ‘later.’”

“For years, it kept happening like that until March, this year, when my sister was sick, it was through my mum that I knew that my sister was sick. My mum said to me that I should go and find out what was happening to Osinachi. I went to their house, I knocked and knocked, Ebube came out, the first son. When he came out, he now asked Ebube who is that, Ebube said it was uncle Godwin. He told Ebube to tell me that I should go.

The second day, I came to the hospital, he didn’t allow me to come close. Then before the twin sister, Amarachi came. When she came, Peter started asking her what was doing there in the hospital, she said that she came to take care of her sister, and Peter said she should better go back to where she was coming from.

She didn’t say anything to Peter. Peter said we should both leave the hospital, that we should go far to the garden as he was expecting somebody. For more than 20 minutes, we were outside so that he will tell us the person had come and we can go in.

We waited for so long before we now came to the room in the hospital where they were, then my sister Osinachi was begging the twin sister that she should not be angry, Amarachi said okay that there’s no problem. After that, Peter brought out a lab result and gave it to Osinachi and said to her, you don’t have cancer, despite the pain and what Osinachi was passing through right there, she smiled.

Peter went to the toilet to ‘ease’ himself, Osinachi said to us that please we should go and check on the children, that she doesn’t want any torture from Peter again.”

Under cross-examination by the defense counsel, I.A Aliyu, Madu said

“If I had told anybody what Osinachi was passing through and Peter gets to find out, Peter will torture her seriously.”

After the witness was discharged from the witness box, Justice Njideka Nwosu-Iheme, fixed January 17, 18 and 19, 2023 for the continuation of the trial. 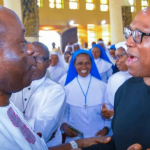 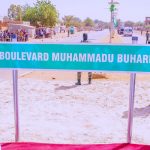