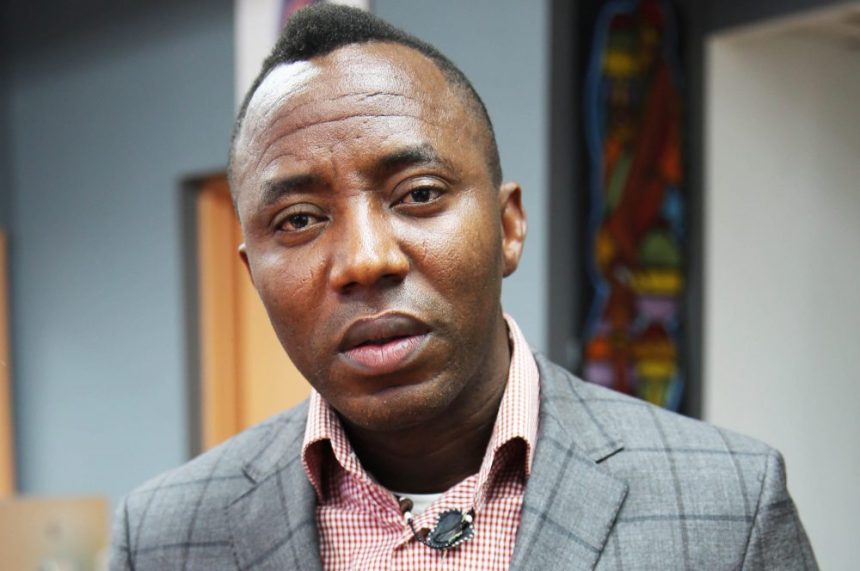 Publisher and activist, Omoyele Sowore, has called for the release of Nnamdi Kanu, the leader of the proscribed Indigenous People of Biafra IPOB.

Kanu who has been on the run was rearrested on Sunday, June 27 and was arraigned before the Federal High Court Abuja today June 29.

He will be in DSS custody until July 26.

Sowore in a post shared on his Facebook page called for Kanu’s release. According to him, asking for self determination is not a crime. 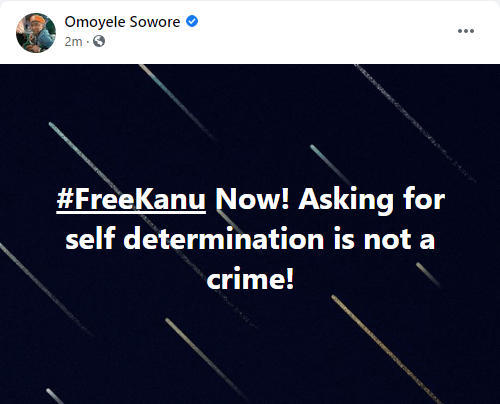 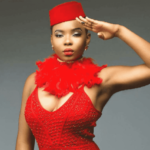 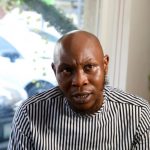