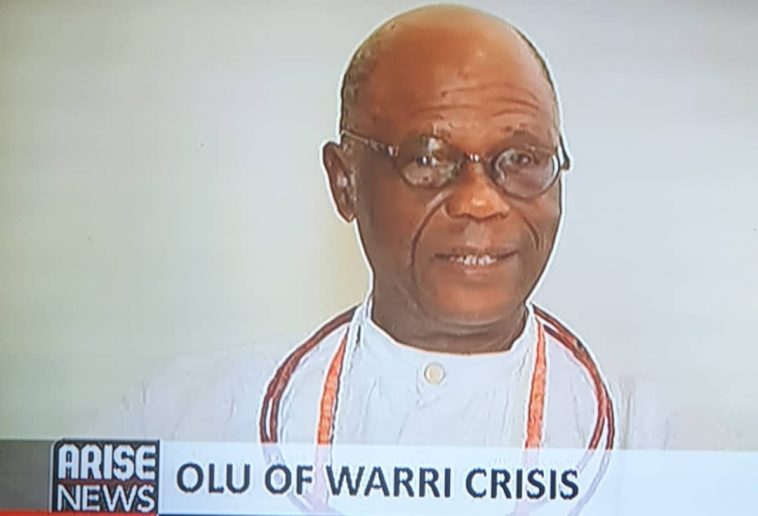 The crisis rocking the Warri kingdom over who will be the next Olu of Warri has continued as some members of the Itsekiri nation led by billionaire businessman, Ayiri Emami, are opposed to the crowning of Prince Tsola Emiko as the 21st Olu of Warri.

Following the death of the Ogiame Ikenwoli in December 2020, the council of chiefs on April 5 picked Prince Tsola, son of Ogiame Atuwatse the Second, the 19th Olu of Warri, as the next Olu-designate.

Tsola’s nomination has however been greeted by stiff opposition from Ayiri and some others who argue that according to the constitution of the Itsekiri nation, which is popularly referred to as ”The Edict”, Prince Tsola cannot be crowned King since his mum is from Yoruba land.

However, his insistence on the Edict has been widely opposed by a majority of the Itsekiris who argue that the oracles have accepted Tsola and that he must be crowned king.

In an interview with Arise TV this morning, the Ogwaolusan of Warri Kingdom, Chief Brown Mene, said that the oracle during the selection process for the next Olu of Warri told the family that presented Oyowoli that he will die within a short period if he ascends the throne.

”The screening to be done is not by an individual. Not by a single chief in seclusion from others. The screening has to be done by the Olu Advisory Council and it will be in the presence of the representatives of the families as well as other nobles who would be there as observers. So it will be done in public.

The last aspect of the screening includes the oracle which is also done in such a way that you remove the need or room for any manipulation because it is known that sometimes it could be manipulated.

So, first you have more than one oracle priests. The family will present theirs, the chiefs will present theirs and others who may want to will present theirs, and the situation is that you have three separate Oracle priests, all ready to entertain and pose the same question to the spirits of ancestors and it is most unlikely that all three will in full view of all who are observing say things that are contradictory and therefore, that would preclude any possibility of there being a manipulation.

This is what was done for Tsola Emiko. It was done in public, not in privacy. They should have told us when was it that the man they have now put forward went through the oracles? And can they really in all honesty say that this man was not previously presented by the family and the oracle told them point blank that if they will take Oyowoli, Oyowoli will die within a short time. They told them so. That was the reason why they put Oyowoli aside.

The August 21st date for the coronation of Tsola Emiko now lies in the hands of the court as Ayiri has since filed a lawsuit before the Warri High Court, seeking an order to stop Tsola’s coronation. There are rumors that Oyowoli is currently observing the traditional rites as well in Sapele and that he will be coronated by his supporters on August 14. 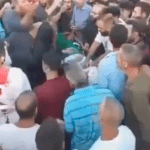 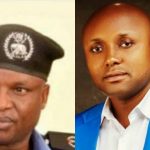