Angela Deem of 90 Day Fiancé appeared reluctant to vow to obey her groom Michael Ilesanmi during their wedding in Nigeria.

Angela, a Caucasian woman whose rocky relationship with Nigerian man, Michael, has been publicized on the reality show 90 Day Fiancé, was emotional when Michael said his vows to her at the Minister’s prompt. However, when it was her turn, she wasn’t comfortable with making certain promises.

“Obey what… Obey who?” Angela asked as the Officiating Minister read out the vows and asked her to repeat after him that she will “love and obey” Michael during their marriage. 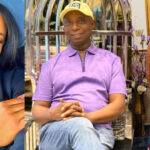 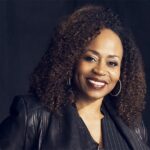