The State Commissioner of Police Wilson Inalegwu at a press briefing in Lokoja noted that the arrest is part of the command onslaught against criminal activities such armed robbery, kidnapping, cultism, cattle rustling and other violent crime in the state, through a proactive crime preventing strategies.

Inalegwu said, “On the 30/08/2017 at about 9am, the Police Officers attached to OKENE Division on pin down duty stopped a Gulf Station Wagon, but the driver refused to stop, and was trying to escape but was given a hot chase by the operatives and eventually intercepted the car and arrested the three suspects at Okene Check point.

Items recovered from the suspects according to the Police Commissioner include; One Barreta Pistol with six rounds of live ammunition, One Tiger Pistol Revolver with twelve live ammunition, Nine Hand sets of different types, Small box containing surgical implements, One HP Laptop and One Ash colour Gulf station wagon Car with Reg. No. EKP 394 EX, EDO

“The Command will not rest on its oars until incidents of crime are reduce to it bearest minimum. We have the commitment, and the passion and the zeal to deliver on our mandate in ensuring adequate security of lives and property in Kogi State.”

“The suspects will be arraigned in court on completion of investigation, while effort is on top gear to track down other members of the syndicate” the CP added.

He however admonished members of the public to continue to partner with the Police and other security agencies to make Kogi the safest state in Nigeria. 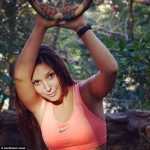 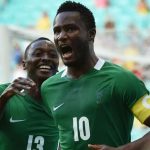