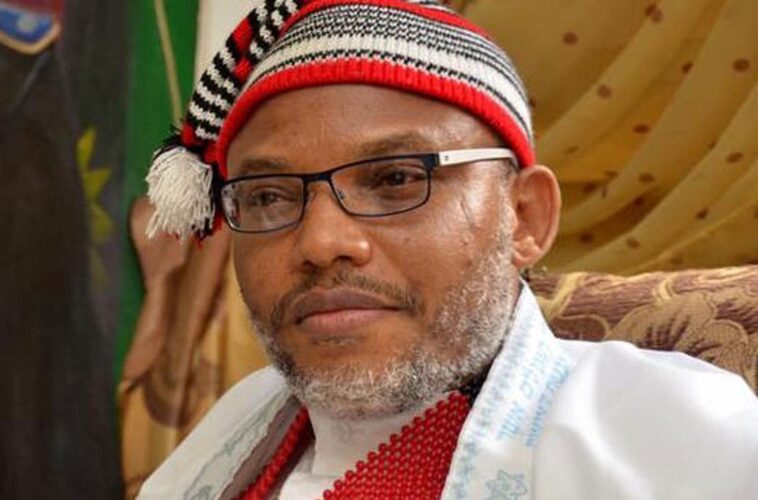 Aloy Ejimakor, a lawyer to the leader of the proscribed Peoples of Biafra (IPOB), Nnamdi Kanu, has filed a suit against the Director General of the National Intelligence Agency (NSIA), Ahmed Abubakar.

He instituted the suit against the NIA boss at the High Court of Abia State, Umuahia over his role in Kanu’s detention in Kenya.

According to the court documents, Kanu’s lawyer said he has evidence that implicated the NIA DG over what he described as an “extraordinary rendition”.

This is the first suit against  Abubakar either in a personal or official capacity since Kanu’s repatriation to Nigeria.

The suit is seeking the following reliefs:

II, A DECLARATION of this Honorable Court that the Defendant acted in bad faith and/or abused his public office in falsely imprisoning the Claimant at the said location in Kenya.

III. AN ORDER of this Honorable Court directing the Defendant to pay to the Claimant the sum of N20,000,000,000.00 (Twenty Billion Naira only) being general and exemplary damages.

IV, AN ORDER of this Honorable Court directing the Defendant to write and deliver to the Claimant, an unreserved personal letter of apology. The letter of apology shall be prominently and boldly published full-page in two Nigerian Newspapers of national circulation, namely: Guardian Newspaper and Sun Newspaper.

V, AN ORDER of this Honorable Court directing the Defendants to pay the cost of this Suit.

VI. AND SUCH FURTHER ORDER(S) as this Honourable Court may deem fit and expedient to make in the circumstance.

Below is the court document: 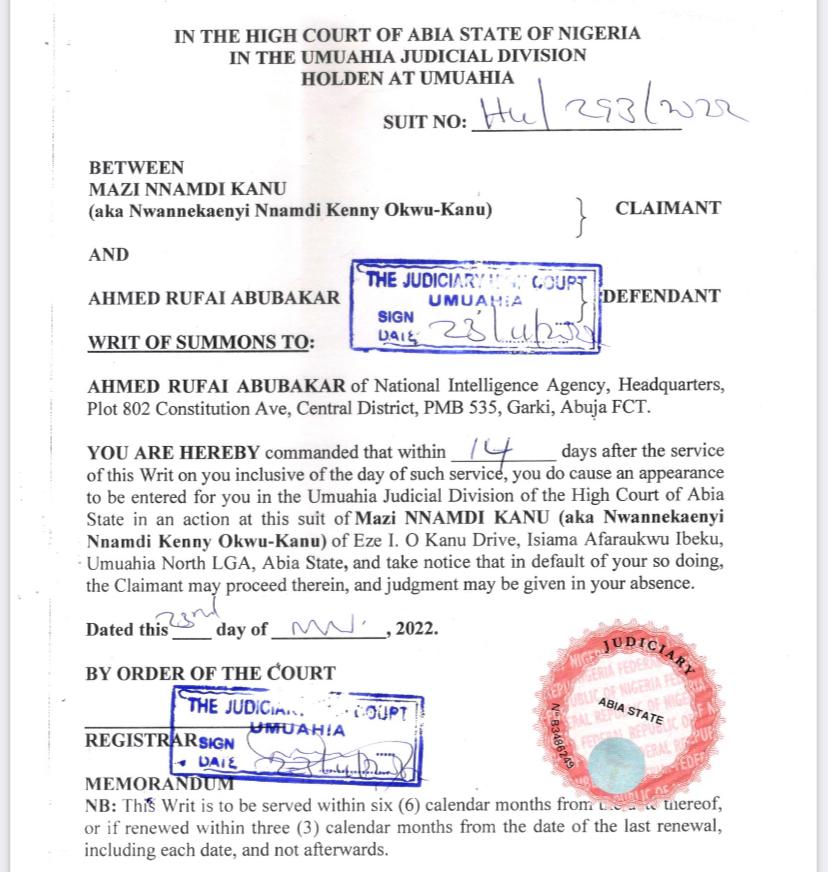 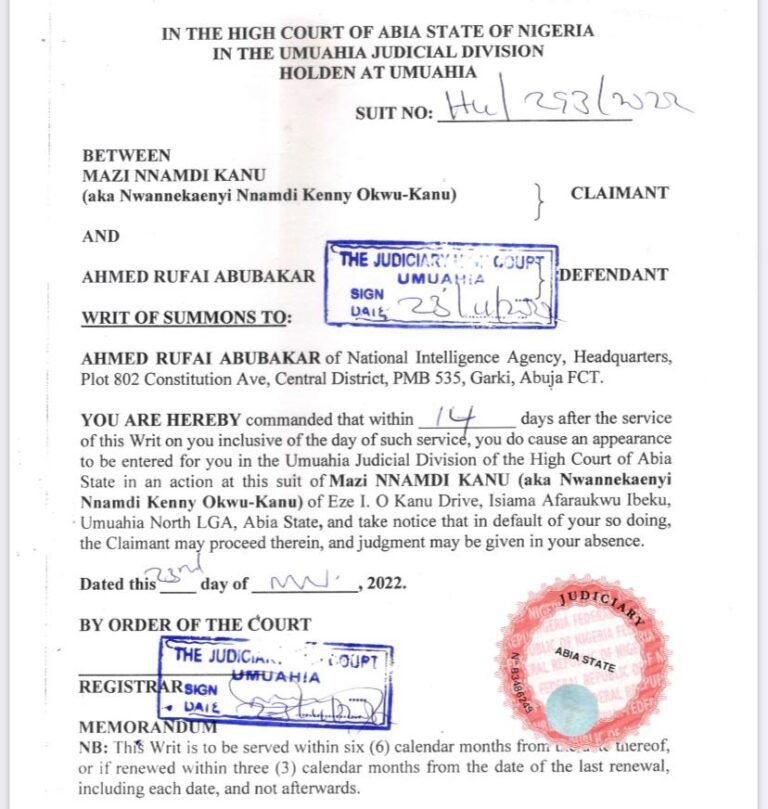 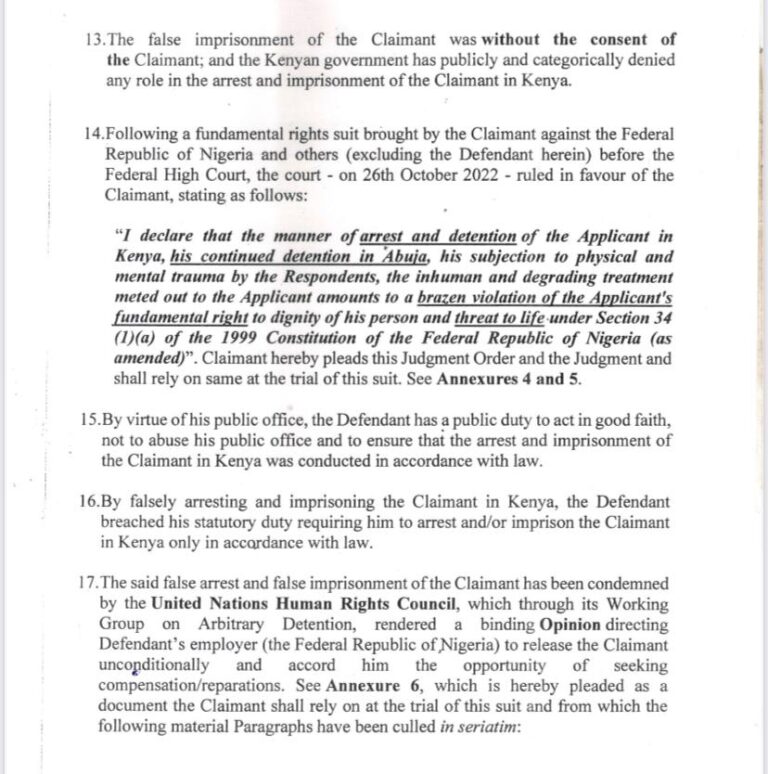 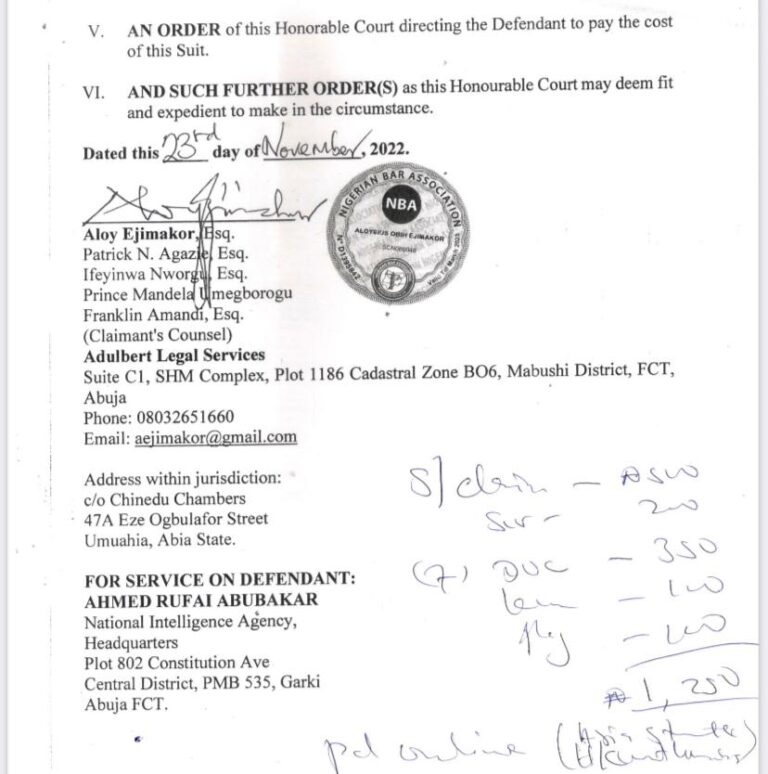 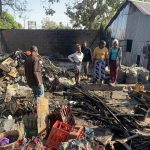