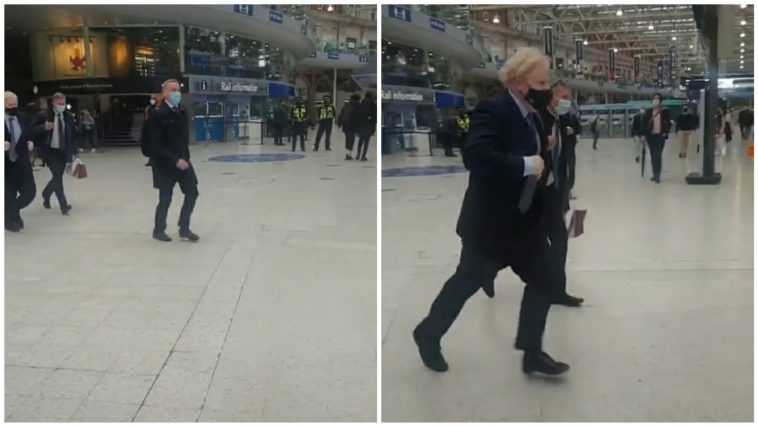 UK Prime Minister Boris Johnson and his aides were filmed running to catch a train and the video has been widely shared.

In the video, the Prime Minister is seen waving as passersby called his name. Yet, he doesn’t stop running until he gets to the train.

Nigerians reacted by giving their idea of what would have happened in Nigeria if a political leader is running late to catch a train or plane. 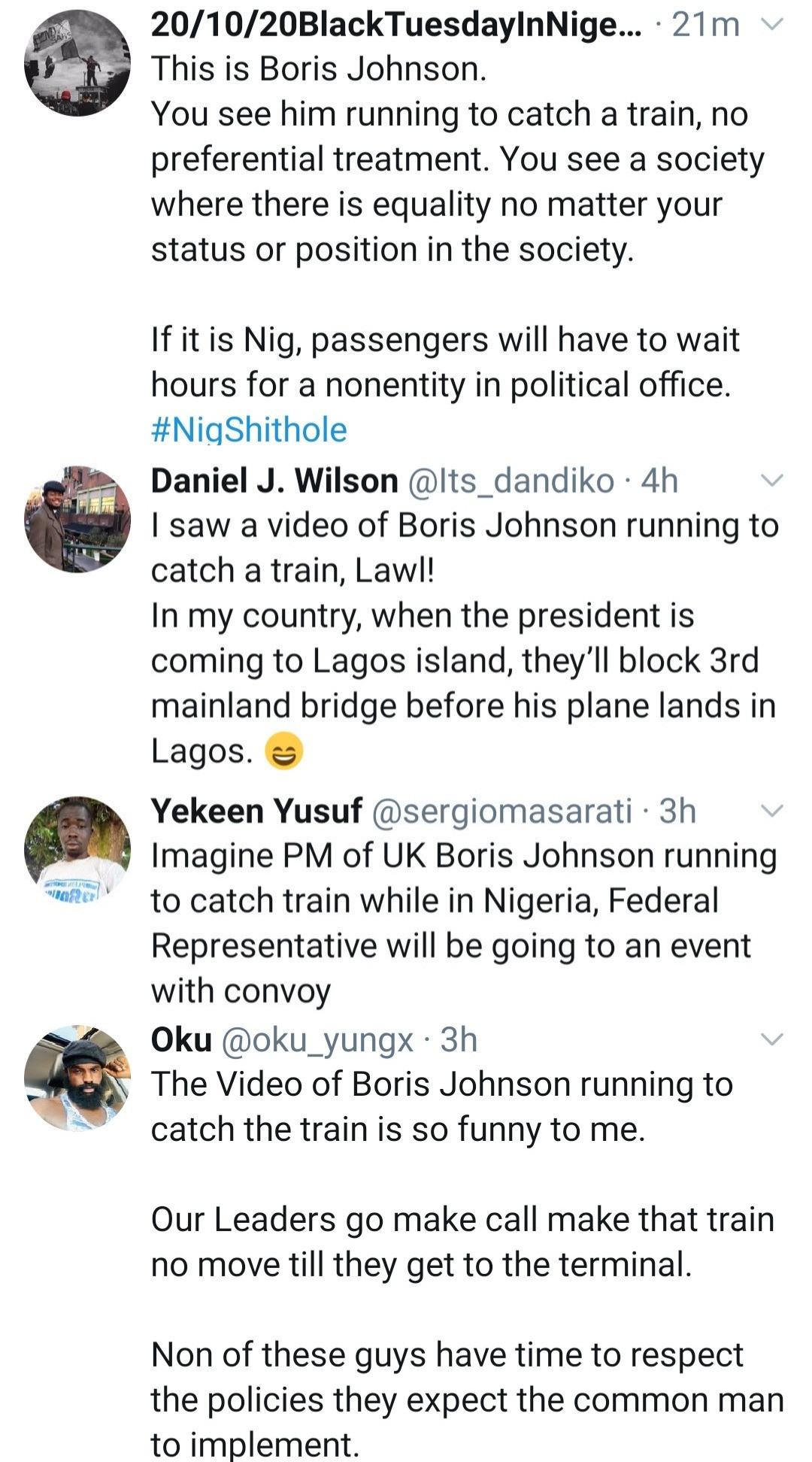 Below is the video. 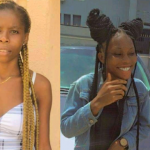