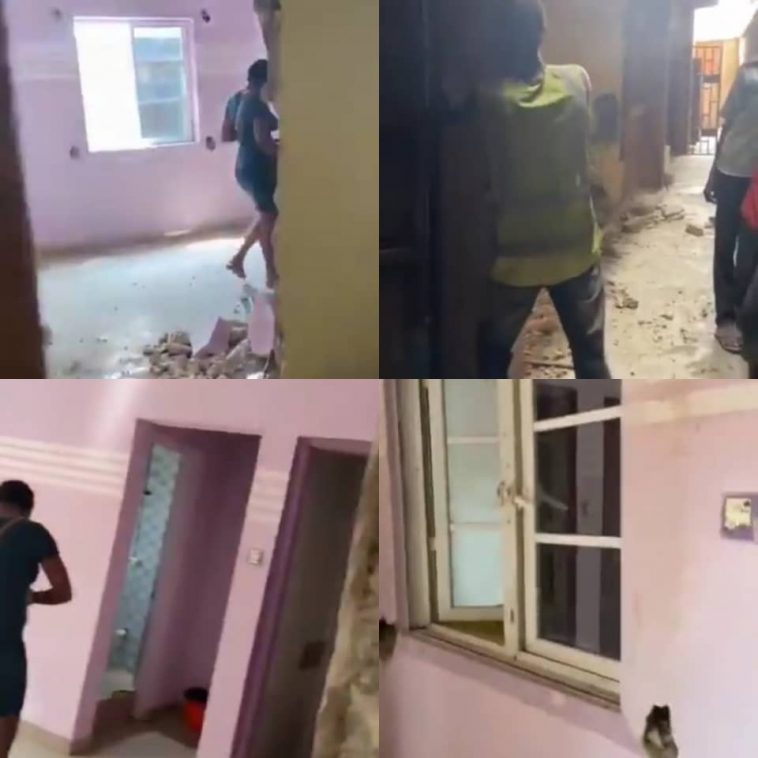 A Nigerian lady has cried out for help after a house she rented with N450k in November 2020, is demolished.

According to the lady who shared her story on Twitter, her landlord sold the house weeks after she and other tenants paid their rent to him. The house has now been demolished and she is seeking ways to retrieve her money from the landlord.

”The house I rented with N450k was demolished before I moved in. The landlord is not saying anything. He keeps shouting at us (the tenants) telling us to do our worst. Please how do I get my money? I’m tired of this Lagos Pls RT. Really need my money back

I paid on the 16th of Nov, 2020, because I was busy with work, I didn’t have time to do necessary stuff in the house and move in. When the office closed, I painted on the 25th and tried to fix lights. I traveled home to Delta on the 29th and came back on the 2nd of Jan

On my way back from Delta on the 2nd, I called the Care taker to find out if the electrician he brought had fix the lights (I had paid him 8k already which I’ve not gotten back), it was then he told me that the house was being demolished and I needed to come quickly

That was the day I was supposed to move in and I was going to my friend’s house to move my things when I heard. I called the Landlord whose name is Larry and he said he wanted to call the new landlord. Because he had sold the house to someone else.

Rewind to Dec 21st, the landlord’s P.A called me to tell me that they had sold the house and they wanted to backdate my receipt to 2019 so that the new landlord doesn’t know. I thought something was fishy so I didn’t give him my receipt. I wanted to know if the house would be demolished. He said no.

From what I heard, he had been getting letters since 2019 and he didn’t say anything. Two tenants and I went to his office today and he just kept shouting. He mentioned something about how it was the new landlord who called the govt to come and demolish because he didn’t want the govt to take the land.. I couldn’t get him to explain that because he kept quarrelling with the other girl. He said he was trying to work with the new landlord to get our money back but people that know him say he’s lying and he won’t

give us our money back. We found that he has bought another property on a street not too far from the demolished.

I really just want my money back so I can move on. This is a major setback. I’m so tired.” 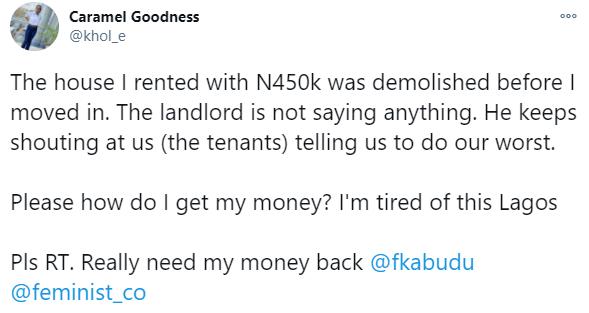 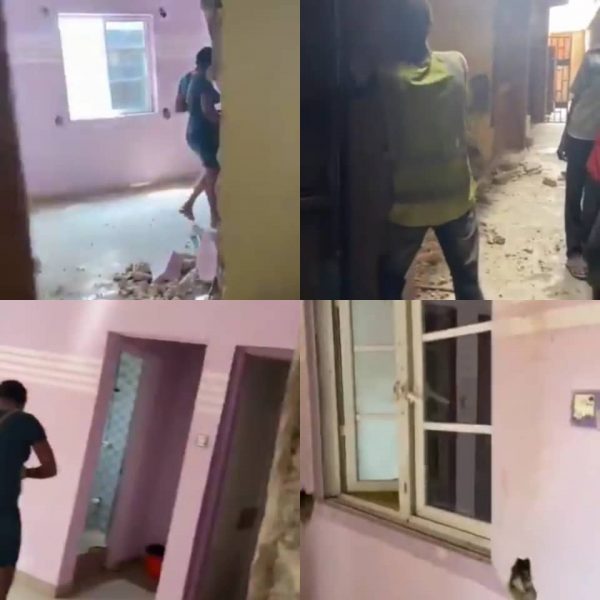 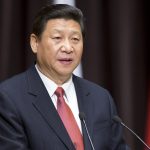 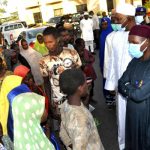