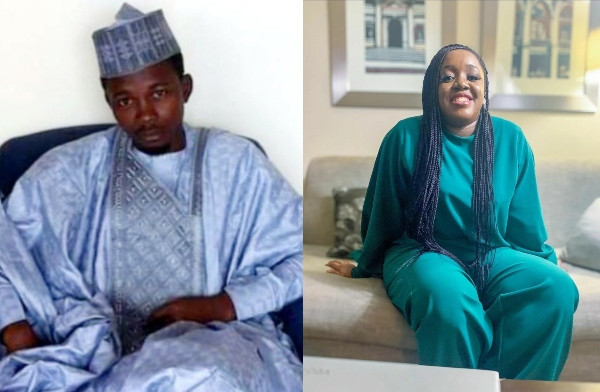 Nigeriana reported earlier that Moe attempted to leave the country for her birthday celebration but was prevented from leaving and her passport seized. She said she was told she was under investigation.

Reacting to Moe’s disclosure, Muye stated that she must prove that the Army killed innocent protesters. He also alleged that “End time Activists cried over Police Brutality that happened 20 years ago, even to the extent of burning the country down.”

“You claim to be a foreign-trained lawyer, you gained an invincible power some days ago, you claim they seized your passport and you are coming to shout on social media, I thought you guys said you have power now? Soro soke abi? Soro soke abi?

“You accused the Government of Killing innocent people, shouldn’t you stay back and prove that the Gov’t is actually guilty? Where do you want to run to? Prove that the Army killed innocent protesters. You are a lawyer thank God, you know the processes.

“End time Activists, they cried over Police Brutality that happened 20 years ago, even to the extent of burning the country down, pple died in the process, they even killed pple on social media but two weeks later, she took off to go to Maldives to enjoy, no more grieving. Shalaye” 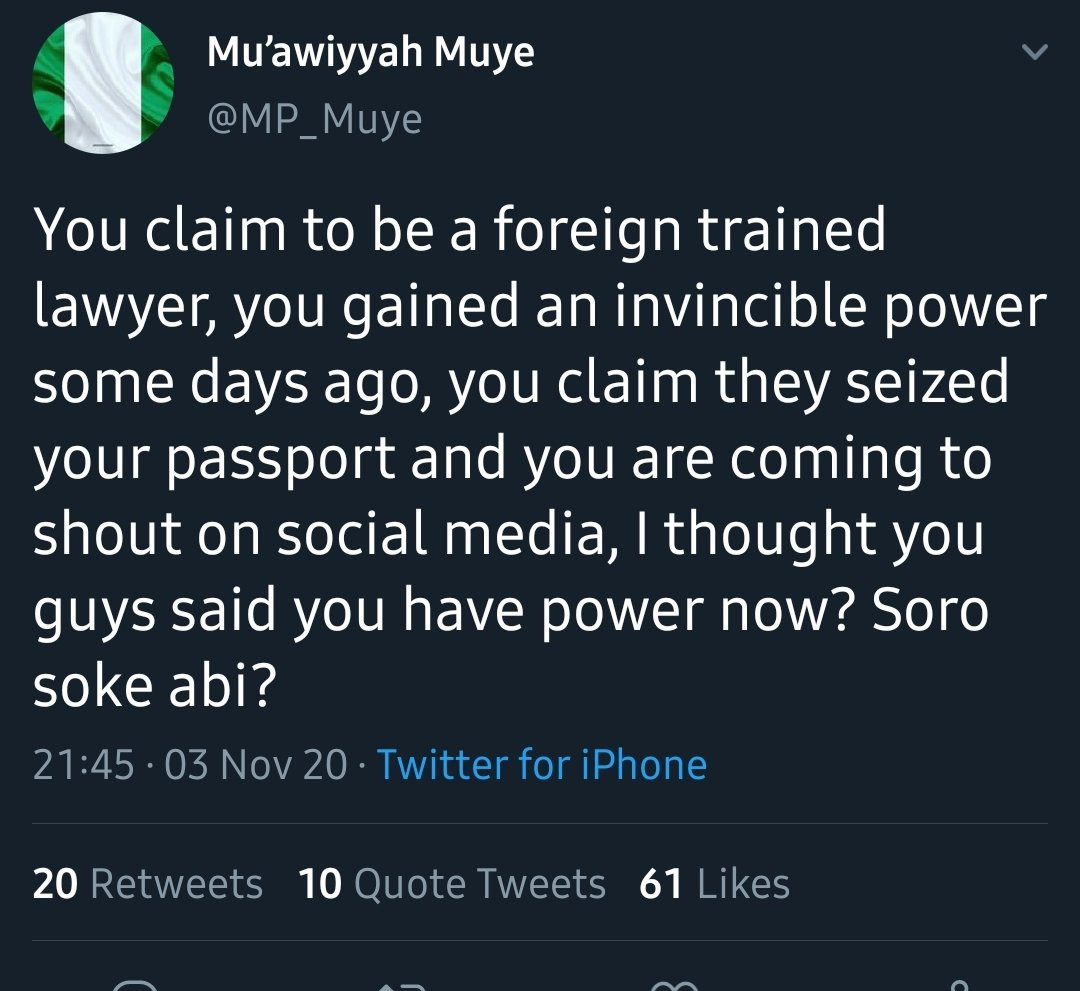 Muye also lashed out at former Minister of Education, Oby Ezekwesili over a tweet in which she said that Moe’s passport cannot be seized by NAIA Comptroller of Immigration on the “order” of Nigerian army without an order granted by a Nigerian court.

We are a constitutional democracy but you are engaging in actions that is capable of plunging our country in to anarchy and threatening our National Security? Is that how they do activism in other countries you go to? Your actions are akin that of rebels 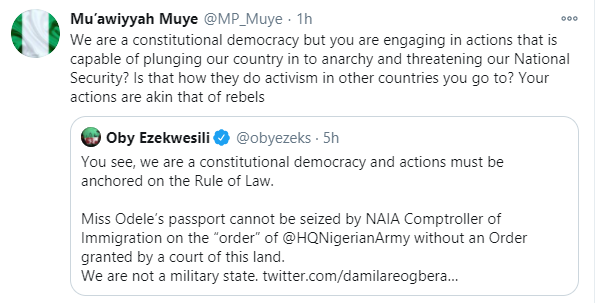 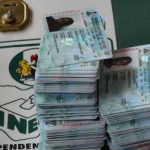 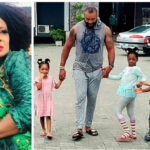