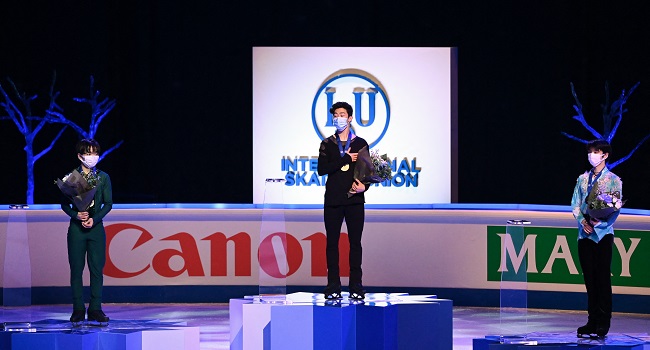 Chen, who started the day in third, was impeccable in his routine scoring 222.03 for a total of 320.88 to apply pressure to the Japanese pair, 17-year-old Kagiyama Yuma and Hanzu, who followed.

Chen added to his 2018 and 2019 world titles. The 2020 event in Montreal was cancelled because of the coronavirus pandemic.

“It’s amazing, the fact I’m able to be here at this world championships after this unprecedented year, it’s amazing. I’m elated right now,” Chen said on the ice at the victory ceremony.

Chen needed to make up eight points on Hanzu who was skating last and opted for a routine that included a daunting five quads.

“I just tried to remind myself to enjoy being here,” Chen said. “I don’t know how many more world championships I’ll be able to compete at, so just every single one that I can be at just to embrace this moment.”

“I’m very lucky to be here and I remind myself that and in doing that I’m able to be a lot more calm.”

Chen landed all his quads with elegant athleticism, starting with a Lutz and following that with a flip, a Salchow, and two toe loops. 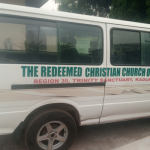 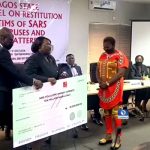