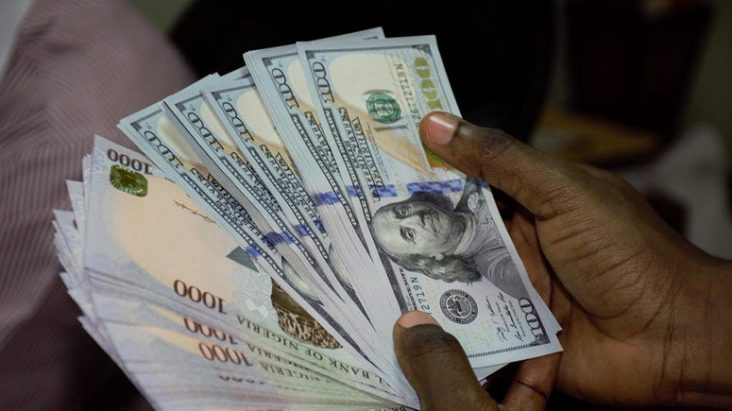 The value of the naira to the dollar fell from 196.99 in December 2015 to 410 in April 2021, reflecting a 51.95 per cent decline despite the various foreign exchange policies introduced by the Central Bank of Nigeria to strengthen the currency.

According to a monthly document obtained from the CBN’s website, the value of naira at the inter-bank forex market stood at N196.99 as of December 2015.

Nigeriana had reported last month that the CBN officially adopted the NAFEX exchange rate of N410.25/$1 as its official exchange rate, devaluing the naira from N379/$.

In a move to achieve exchange rate stability and preserve the country’s forex reserves, the CBN in 2015 reviewed downwards the spending limit on the usage of naira-denominated debit cards for transactions abroad.

In a circular issued in April 2015 signed by the then Director of Trade and Exchange, Olakanmi Gbadamosi, the bank said the limit had been reduced from $150,000 to $50,000 per person annually, while daily cash withdrawals per person was pegged at $300.

After six months of implementing the policy, the value of naira in the official window remained stable at 197/$, but fell from 210/$ to 258/$ at the parallel market.

In June 2015, the CBN announced that it was stopping the supply of forex to 41 items that could be easily produced in Nigeria, a development that brought about the forex exclusion policy.

The implication of the policy is that importers of items on the forex restriction list would not be able to get forex directly from the windows created by the apex bank to bring the products into the country.

A circular issued by CBN said, “The implementation of this policy will conserve foreign reserves as well as facilitate the resurrection of domestic industries and improve employment generation.”

However, after about a year of implementation, the value of naira plummeted at both markets, falling from 197/$ to 232/$ and 218/$ to 351/$ at the official and parallel markets respectively.

This was despite the introduction by the CBN of a new window for investors, exporters and end-users aimed at driving liquidity in the forex market.

Within this period, the CBN adopted new forex rules. For instance, in November 2020, the bank announced that recipients of diaspora inflows could receive their funds in foreign currency or have it transferred to their domiciliary accounts where they also have options to withdraw in cash or transfer.

In March 2021 the CBN introduced an incentive of N5 for every $1 of fund remitted to Nigeria through International Money Transfer Organisations, as part of its reforms to boost the inflow of foreign currency in the country.

The incentive was termed ‘Naira-4-dollar scheme’.

Speaking on the CBN policy, an economist and the current Chairman of Foundation for Economic Research and Training, Prof. Akpan Ekpo, said the idea behind the naira-4-dollar scheme was to shore up the exchange rate.

Responding to a question on why the Nigerian forex continued to depreciate despite the policies, an investment strategist at Afrinvest, Omosuyi Temitope, said, “The reason the policies are failing is because they are makeshift policies; they can’t address the fundamental factors that have kept the naira under water.

“The major factor that needs to be addressed is the external trade condition – that is the current account; so long as the Nigerian current account continues to suffer major setback, particularly when we have huge imports over exports, then naira will remain likely subdued.

“We also saw the performance of the foreign reserve; as a result of deceleration in current account, foreign reserve also went down, and in the last few months, foreign reserve has continued to plummet. So, if we don’t address our external trade position – that is, if Nigeria doesn’t export enough to get foreign earnings, we will continue loss in terms of naira depreciation.”

He added Nigeria must produce sufficiently to meet local demand in order to reduce the dollar demand for importation of consumer goods. 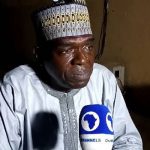 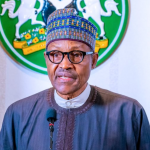