Ikenna Nwosu, a trade and investment expert, believes the Central Bank of Nigeria’s (CBN) decision to redesign some naira notes will increase the dollarization of the Nigerian economy.

The expert spoke on Channels Television’s Sunrise Daily on Thursday, just hours after CBN Governor Godwin Emefiele announced that the apex bank will begin issuing the redesigned 200, 500, and 1000 naira notes on December 15, 2022.

Nwosu acknowledged that the CBN’s move will help bring a lot of money back into the system, but that not all stashed funds will be recovered.

“Why am I saying they may not get all the money in, but I believe they will get a lot in? It is because politicians are going to start using the naira to buy dollars; because they are going to be afraid to pay the cash. So, there will be increased dollarization of the economy. They won’t buy pounds because pounds will soon be changed because there is a new king.

“So, there is going to be dollarization and that has national security implication again…that is going to affect impact on inflation,” he said.

Nwosu, the Chief Executive Officer of Mooregate Limited, Investment Advisory, stated that all stakeholders, including the Economic and Financial Commission (EFCC), the Independent Corrupt Practices and Other Related Offences Commission (ICPC), the Nigerian Financial Intelligence Unit (NFIU), and the Nigeria Police Force, must work together to address the increased dollarization risk. 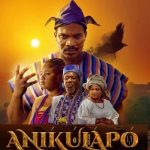 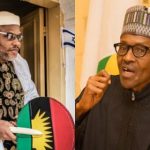