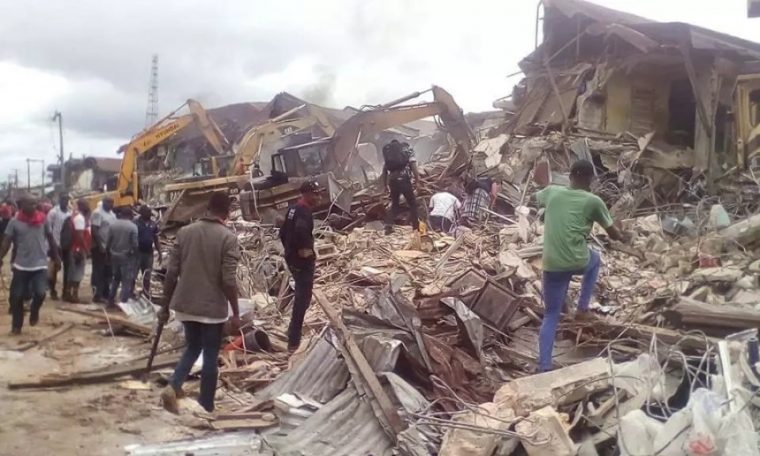 Though it has been one week since ten-year-old Somtochukwu Ibeanusi was allegedly shot dead by policemen effecting the forceful demolition of the Owerri Main Market on orders of the Imo State Government, the agony, trauma and tragedy of his death still permeate his family house on Oguamanam Street in the state capital.

The street is close to the main market, popularly known as Eke-Ukwu Owerri, which security agents invaded last week Saturday.
Punch’s correspondent noticed during his visit that the house saw a horde of sympathisers trooping in almost every hour.

But it was clear that the deceased’s parents, Mr. and Mrs. Isaiah Ibeanusi, were still grappling with the reality of the murder of their only son.

The traumatised parents managed to speak to Saturday PUNCH on the destruction that weapons of law enforcement agents had done in their family.

Mr. Ibeanusi, 52, struggled with words. But his wife, Ogechukwu, took it upon herself to extensively speak with our correspondent.

She explained that she put to bed two weeks ago and losing her son shortly after was like her world had crumbled at her feet.

Ogechukwu said, “My husband and I were in one of our shops located in a shopping plaza in the demolition zone, struggling to move some goods inside. We sell phone accessories.
“As the government began the demolition that day, Somtochukwu and his elder sister, Mmesoma, were packing and arranging goods in one of our others shops in the same area affected by the demolition.
“All of a sudden, some people rushed in and called my husband. They spoke in hushed tones and he left with them. At that point, I did not know that my only son had been killed.
“After a while, some people that I know in the neigbhourhood came and asked me to follow them to our house. I refused and told that my husband just left and our goods were still in the demolition zone plaza. They insisted and encouraged me to follow them to the house.
“When we got to our family house, I was told that my son, Somtochukwu, had been shot. The thing sounded to me like a movie because I couldn’t believe it.
“I was led to the Federal Medical Centre, Owerri, where the news of my son’s death was again broken to me. I demanded to see his corpse and I was taken to where the lifeless body of my son was.”
Ogechukwu said the shock sank in a moment later when she saw the body of her son lying cold on a mortuary slab.

She said, “One moment, I saw my son alive and a short moment later, he was lying cold and dead on a mortuary slab.  I called his name several times but he couldn’t talk or respond to me.
“I called out to him again and again but all I got was silence. That was when I knew that he was dead. I think I broke down at that point and everybody rushed and held me.”
The grieving mother said all she needed at that point was to see her son, upon hearing her voice, respond, clinging to the hope that a last-minute miracle would raise him up.

She said none of the frantic questions she asked everybody around her was answered.

“All I was told was that he was shot dead. Shot dead for what? By who? For what reason? Was he a thief? They kept telling me to take it easy. Take what easy? When my son, the only one for that matter, who committed no crime was killed in cold blood, how could I take anything easy?” she said.

Struggling to wipe her tears, the grieving mother said that she, husband, and some others had gone to the Assumpta Cathedral, Owerri, to report the incident to the Archbishop of Owerri Catholic Archdiocese, Most Rev. AJV Obinna.

According to her, the prelate met with them, consoled and prayed for their family.

When she was asked what kind of a son Somtochukwu was, Mrs. Ibeanusi burst into a fresh round of tears.

She said, “Somtochukwu was a covenant child. So many things had happened in his life and God had preserved him through them all. The devil battled me many times while Somtochukwu was still in the womb. Only God and I knew what I went through while I was pregnant of him.
“I call Somtochukwu a covenant child because he was declared dead six months after I gave birth to him. He stopped breathing. It was only God that brought him back to life.
“Somtochukwu was naturally talented. He wanted to become a Catholic priest or a medical doctor. But he had his eyes fixed on becoming a priest more. He had planned that he would enter secondary school at a seminary this September. But death couldn’t allow him live his dream.”
Ogechukwu said her son was talented to the extent that he could dismantle an entire television set, repair and put it back together.

She said he fixed fans around the house and had in fact become their in-house electrician.

“My great talented son has been murdered. My husband and I have left vengeance for God,” the woman said.
She said no amount of punishment or justice would bring her son back.

“I want justice but I don’t want the killer of my only son to be killed. Vengeance is of the Lord. We believe as Christians that God will take control,” Ogechukwu said.
Mr. Ibeanusi also told Saturday PUNCH that he did not want to make trouble with the killers of his son.
“We have left everything for God to handle. I had four shops at the plaza stocked with phone accessories. All the goods in my shops are gone. We sold goods in wholesale and you know what that means to lose goods in four shops,” he said.
The bereaved father said since the tragic incident, there had been no visit from any government official.

Meanwhile, the state governor, Rochas Okorocha, has ordered an investigation into the killing of Somtochukwu and others who reportedly lost their lives or were wounded during the demolition.

According to the Chief Press Secretary to the Governor, Sam Onwuemeodo, the investigation would bring to the fore a clear picture of what transpired during the demolition, which was carried out with the deployment of soldiers, policemen, Air Force men, operatives of the Department of State Services and men of the Nigeria Security and Civil Defence Corps.

However, he said the Imo State Police Command had opened investigation into the incident.

The Commissioner of Police of the Imo State Police Command, Mr. Chris Ezike, told Saturday PUNCH that the investigation would reveal the circumstances that led to the death of the ten-year-old boy.

He explained that a post-mortem would be carried out on the body to determine the actual cause of death. 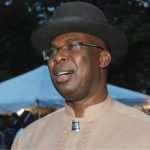