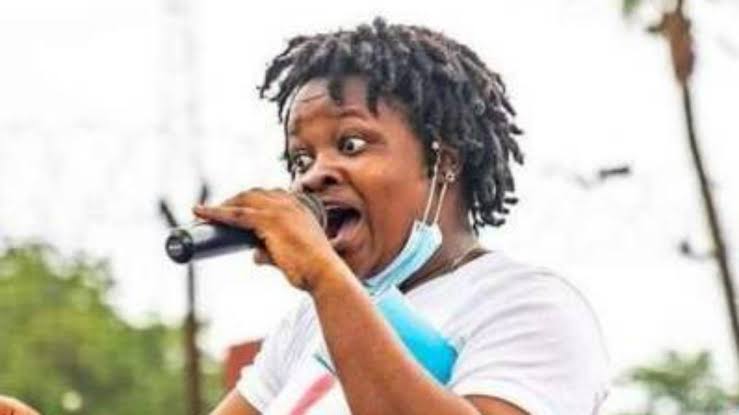 Some Nigerians have taken to social media to react to a thread by David Abdulrazak Atta, a Twitter user, which linked Modupe Odele, Rinu Oduala and Mr Macaroni, three prominent #EndSARS activists, to Atiku Abubakar.

On Sunday, Atta had in the Twitter thread shared screenshots of previous tweets by the three persons wherein they could be seen showing interests in the former vice-president’s political ambition.

Atiku was the presidential candidate of the Peoples Democratic Party (PDP) during the 2019 general election.

The thread has since ignited heated controversies on the microblogging platform with a number of Nigerians expressing mixed reactions.

It has also led some of them to further dig up other old politically-motivated tweets made by the trio.

While some users questioned the credibility of the #EndSARS activists, others backed them, arguing that they are entitled to support political candidates of their choice during election.

“…Takes nothing away from the agitation really for me, but indeed it takes some credibility away from this lead agitators,” a Twitter user wrote.

“Hmm… Apply Pressure…. Retweet Aggressively…. So this is the game… So you guys call this a fight back? So disheartening….,” another user wrote.

“Believe this at your own peril! Let them copy the tweet links and post for us. Too much attempted thought control going on,” a user replied.

Here is what some Nigerians had to say:

Rinu & Macaroni didn't only support Atiku in 2019, they have also been planning the #EndSARS protest since 2019 too

Since BMC wants to be stupid ??

People are digging up Moe, Mr. Macaroni and Rinu’s tweets for supporting Atiku and want to link him up with the #ENDSARS  protests.

You can support @atiku and still support #EndSARS

Sigh! I've never accepted that the protest in its entirety, and the ensuing destruction and looting of properties was sponsored. But with all I've been seeing on Twitter this evening, I don't know anymore. I honestly don't. https://t.co/K1mJ2sjBkU

End sars was a sincere agitation but too many interest groups took over the movement, the reason they didn’t want to have a leader , there was the madam Oby Ababoku, feminist coven, atikultes, dense yeyebrities etc

"Alhaji" dropped money for the planning and execution of the End SARS nonsense.

Now "Alhaji" has dropped money for dark influences to start mopping up his dented image for 2023.

No more doubts that the entire leadership of #EndSARS are atikulated PDP operatives,it is safe to say that the burning down of Lagos,the targeting of Tinubu’s asset and the muderous attack on his political brand was plotted,organised and driven by @atiku base against 2023. Yes, pic.twitter.com/9ZExkMChqt

It is okay to align with any political side. No crime in that.

Deleting old tweets is an admission of guilt.

Dont be a coward.

You do not feel violated, you can't see beyond political lines, all you see is party politics and that's why Nigeria is dying – 60 years and nothing to talk about. No healthcare or stability – that's on PDP & APC.

@SavvyRinu is this why your alleged goons destroyed NPA? Fighting for Intels as per Atikulated people? Na wa oo

Can you even imagine. Gosh. What the heck? So these are the ppl behind end sars. At this rate, I don’t think I can ever take any stupid yoot serious again

This doesn't change anything. A lot of us wanted Buhari out, by all means and aligned with Atiku. So many youths. Does that make us compromised too?

what a stupid thing to post.. You are the compromised fool here.. #Endsars had nothing to do with politics.. Opinions and decisions change over time. many people supported Atiku in the past as any one was better than the imposter in Aso-rock.. Shame on you……

Guys, just take a look at all the people this girl tagged in this her tweet. Did Lagos burn because of an evil agenda? Was this why Endsars was so well funded? I am beginning to believe that the Devil has many Nigerians in his grip. pic.twitter.com/Bk04JqmqSp

Why delete your Atikulated tweets…? I don't think Atiku is a terrorist… There are allegations of fraud but nothing has stuck yet.
Why abandon your patron so close to Christmas?
Be wise…
Wait till after New Year, then start 2021 on a fresh note.. pic.twitter.com/KjPQzqc5Dx

When I heard that RINU is representing the YOUTHS at the Judicial Panel, I just laughed.

APC and some of its members need to know politics and stop behaving like suegb☆ in front of ATIKU SUPPORTERS. pic.twitter.com/mYL0MTKcir

EndSARS leader and Atiku person who was stopped on her way to DUBAI….. pic.twitter.com/dsmHJLZVuK

So, Rinu has started deleting her tweets in support of Atiku during 2019 elections?

So, this children has been disguising all along? 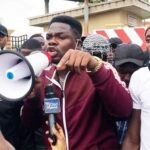 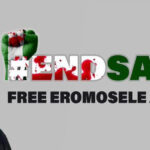