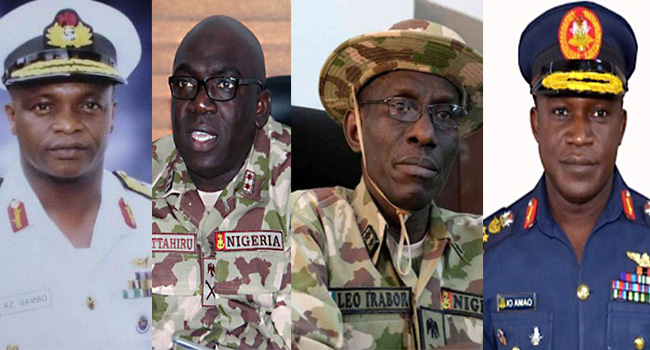 Below is a brief profile of the new officers.

Major-General Leo Irabor was born on October 5, 1965 and hails from Ika South LGA of Delta State.

He is a trained Engineer from Obafemi Awolowo University and holds two Masters degrees from the University of Ghana, Accra, and Bangladesh University of Professionals, Dhaka.

A one-time Theatre Commander of the Operation Lafiya Dole, Major-General Irabor later took over as the Commander, Training and Doctrine Command (TRADOC).

He replaces General Abayomi Olonisakin who served as Chief of Defence Staff since July 2015.

Air Vice-Marshal Isiaka Oladayo Amao was born on 14 Sep 1965 at Enugu. He hails from Oshogbo in Osun State.

He was enlisted into the Nigerian Air Force on January 19, 1984.

After several years in service, he replaces Air Marshal Sadique Abubakar who has served as Chief of Air Staff since July 2015.

He was enlisted into the Nigerian Navy on September 24, 1984 as a member of Regular Course 36.

Until his recent appointment, he was the Director of Procurement at the Defence Space Administration.

Maj Gen Attahiru Ibrahim was appointed to lead the offensive against Boko Haram in the North-East in May 2017.

He was later replaced by General Nicholas Rogers.

Before his appointment as the new Chief of Army Staff, he oversaw the 82 Division, Nigerian Army.

He replaces Lieutenant General Tukur Yusuf Buratai who had served in that office since July 2015. 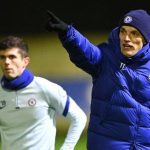 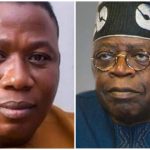