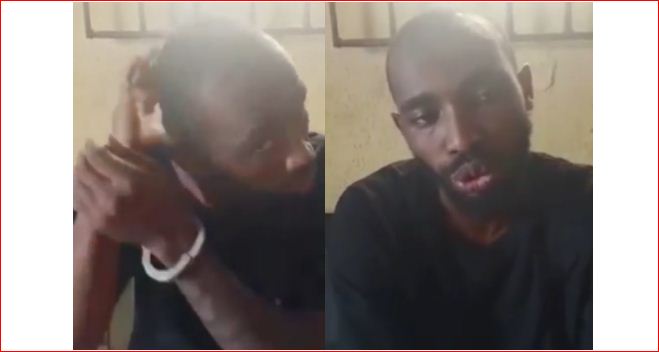 The Management of the Maritime Academy of Nigeria Oron, Akwa Ibom state has distanced itself from self-confessed cultist, Nzubechukwu Victor Okonkwo, pictured above, who was recently arrested for the killing and beheading one Ugochukwu Igwilo, an alleged member of a rival group, Neo – Black Movement (Black Axe Confraternity), on March 6.

Nzubechukwu during his interview with newsmen claimed he is a final year student of the Maritime Academy.

In a statement sent to LIB, the academy stated that Nzubechukwu’s claim was false. According to the statement, Ndubechukwu indeed enrolled in the academy in 2014 but was later disenrolled in 2016 as he consistently failed his courses.

The attention of the Management of the Maritime Academy of Nigeria has been drawn to a recent video circulating online in which some persons suspected to be cultists murdered and beheaded another young man.

The Management of the Academy, just like other Nigerians, condemns this horrible act. In the video trending online, a young man who claimed to be Mr. Victor Okonkwo, alleged that he was a final year cadet of the Academy.

The Management of the Academy hereby states that Mr. Victor Okonkwo is not a current cadet of the institution. He enrolled as a cadet in 2014 but could not graduate because he kept failing the course till he was dis-enrolled in 2016, the very year he was last seen at the institution.

Furthermore, the Academy holds Graduation Ceremonies every 2 years and the last graduation was held on 21 December 2020. This means that the Academy will not have final year cadets till December 2022. It implies that his claim to be a final year student is false.

The Maritime Academy of Nigeria is a highly regimented Maritime training school with over 60 Naval personnel deployed within to instil discipline and also for training support. In its over 40 years of existence, it never had a student’s union and also no records of cultism.

All cadets are accommodated on-board and are monitored as the institution has CCTVs everywhere including classrooms.

The Management wishes to assure the members of the public especially parents that their children/ wards are safe within the Academy and there is no need to be apprehensive about their safety. 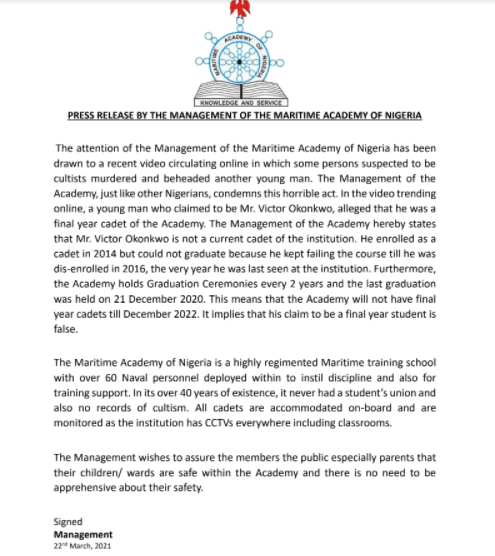 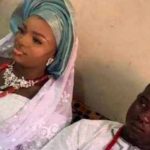 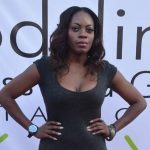