Ibrahim was convicted on January 28, 2021, by the court presided over by Honourable Justice Muhammad Muhammad.

The convict was dragged before the Court by the National Agency for the Prohibition of Trafficking in Persons (NAPTIP).

According to a statement issued on Wednesday, February 3, by Stella Nezan, Head, Press and Public Relations Unit of NAPTIP, the convict was arrested on September 2020, by the operatives of the Nigerian Security and Civil Defense in Sokoto metropolis.

He was said to have lured the victim, who is his neighbour’s daughter, with offer of biscuit and money and thereafter raped her.

Speaking on the judgment, Director-General of NAPTIP, Imaan Sulaiman Ibrahim commended the Judiciary for granting an accelerated hearing on the case saying that it was a judgment well delivered. 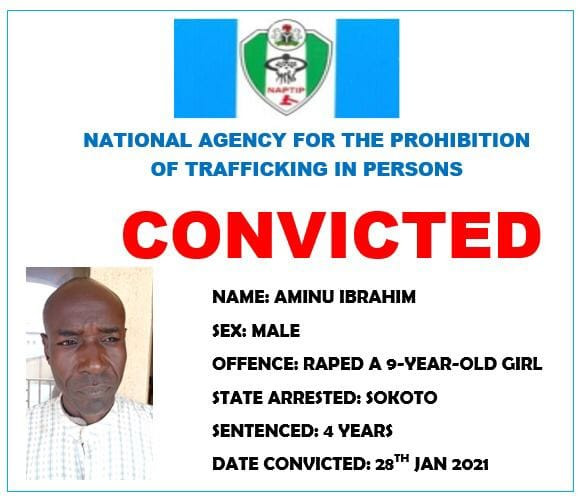 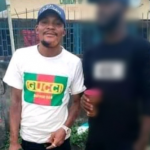 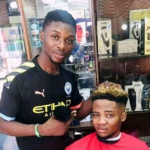