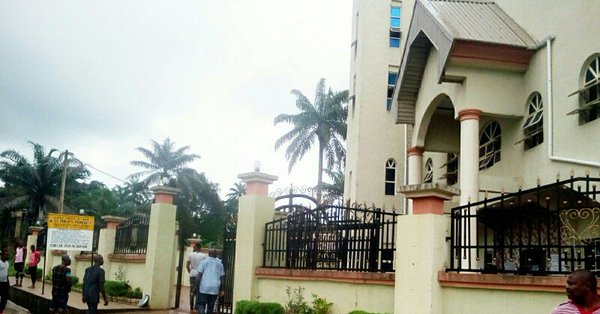 The police say 12 persons have been confirmed dead in the massacre that took place at the St Phillips Catholic Church Ozubulu, Anambra state on Sunday. Among the dead are three relatives of a man named Joel Obunadike. In an interview with Vanguard, Joel disclosed that his Uncle, his wife, and their baby she was nursing, died following gunshot wounds they sustained during the attack. According to Joel, the baby girl, initially survived, was to undergo an operation but she later died. He said all the injured persons died at the Nnamdi Azikiwe Teaching hospital. Joel said he was in the church when the shooting started.

“We were in the middle of the service when I noticed that a black jeep was parked outside. The car later moved from the spot and turned back a few minutes later and parked at the same spot. A young man came into the church through the back door of the church and started shooting, while backing the altar. Many people tried to escape through the two doors and to our surprise, the gunman started shooting at them on both doors. It was a terrible thing. I did not rush out like others immediately and it was most of the people who tried to escape that were either killed or wounded.” he said

Also recounting his ordeal is another victim, Samuel Ndulue, who sustained gunshot injuries on his legs and is currently heavily bandaged after undergoing an operation

“I was sitting on the third row from the front of the church when the shooting started and I got up to run away only for bullets to hit me on my two legs. I became unconscious and it was when I woke up that I discovered that I was in the hospital. I am happy to still be alive.’’he said

Menawhile the police have arrested some suspects alleged to be behind the attack. 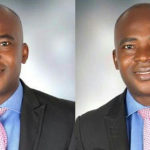 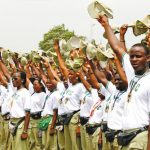